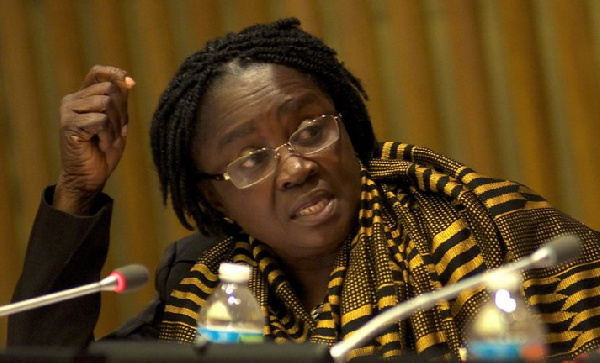 Former Rector of the Ghana Institute of Management and Public Administration (GIMPA) has argued that the track record of Prof Jane Naana Opoku-Agyemang is not enough grounds for her to hold the office of the Vice-President.

According to Professor Stephen Adei, her being a former Vice-Chancellor and Education Minister is essential but isn’t enough to measure her leadership skills.

“It is not sufficient criteria for success in that high office. It is a total national development management job,” he said.

He added that in the absence of the President, the Vice-President will have to take up the mantle.

“We know that being number two itself does not guarantee success in the number one position unless one has other competencies. We have had two cases of Vice-Presidents later becoming Presidents in Ghana and your guess is as good as mine,” he stated.

His comments were contained in a rejoinder which he read on Joy FM’s Super Morning Show, Monday.

This follows reports by some media outfits that the Professor had affirmed her as a leader.

According to him, he had “never granted an interview to any journalist or media house about Naana Jane Opoku-Agyemang.”.

Prof Naana Jane Opoku-Agyemang became the first female first Vice-Chancellor of a public university in Ghana after she was appointed to head University of Cape Coast (UCC) in 2008.

She has a 58-paged Curriculum Vitae (CV) which outlines her achievements thus far.

However, the Prof Adei clarified that but for the rejoinder, he wouldn’t have said anything about the selection of the Professor as running mate for the National Democratic Congress.

Professor Stephen Adei is an educationist, writer, economist and motivational speaker.  He also serves as the Board Chairman of the Ghana Revenue Authority after being sworn in by the Finance Minister, Ken Ofori-Atta.

The academic was the former head of the UN System in South Africa, UNDP Resident Representative in Namibia, Economist and Chief of the Directorate of Africa Bureau, UNDP before leaving the UN.