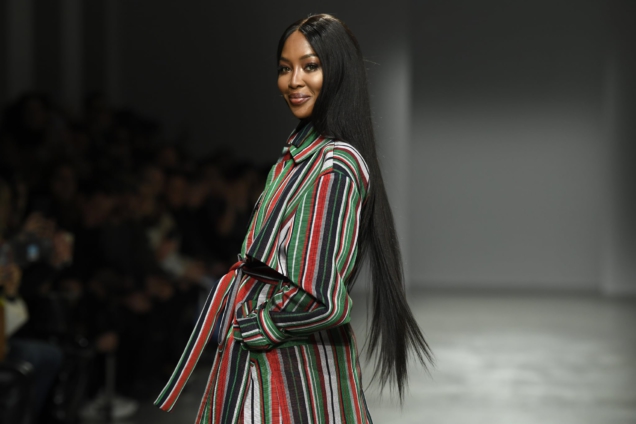 Naomi Campbell is a mom. The 50-year-old supermodel surprise-announced on Instagram Tuesday that she welcomed her first child, a baby girl.

“A beautiful little blessing has chosen me to be her mother, So honoured to have this gentle soul in my life there are no words to describe the lifelong bond that I now share with you my angel. There is no greater love,” she captioned a photo of herself holding the newborn’s feet.

It is unclear who the father is and whether Campbell gave birth, hired a surrogate or adopted the little one.

A source exclusively tells Page Six, “Naomi has been wanting to be a mother for a long time and it finally happened. She is the godmother to many friends and family’s kids and has always looked forward to the day of starting her own family.”

Plenty of Campbell’s celebrity friends sent their well-wishes after she shared the news.

Marc Jacobs wrote, “Oh my God!!!!! Today is the day?? How absolutely incredible. How lucky she is and how lucky you are! What a wonderful Mother you will be. Blessings all around.”

Fellow new mom Sophie Turner left a simple red heart on the post, while Jodie Turner-Smith wrote, “many many many congratulations to you and to your family— the village that will now rally around you and support you in cultivating that little angel!!!! what an incredible blessing!!!”

Hoda Kotb, who became a mom at the age of 52 when she adopted daughter Haley Joy in 2017, teared up on Tuesday’s “Today” show while speaking about Campbell’s new baby and reflecting on the first time she was able to tell a stranger that she was a mother.

Campbell has been open in the past about wanting to welcome a baby into her life.

“I think about having children all the time,” she told Evening Standard magazine in May 2017. “But now with the way science is, I think I can do it when I want.”

Campbell later told WSJ. Magazine in October 2019 that she was open to whatever “the universe brings” her.