You're a winner without doubt - Naomi Campbell tells Wizkid after Grammy loss - MyJoyOnline.com 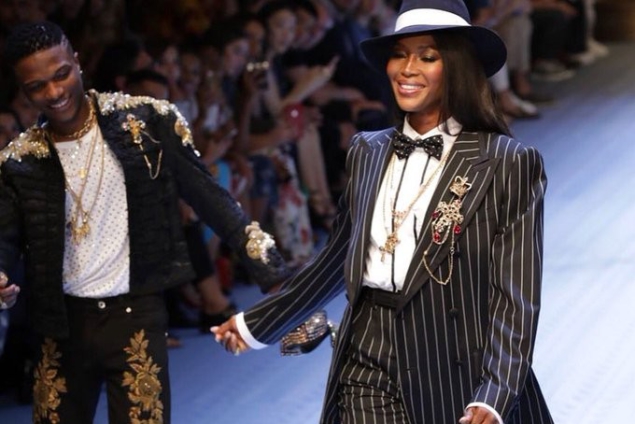 Supermodel Naomi Campbell, has thrown her support behind Afrobeats star, Wizkid after he missed out on winning any Grammy Award despite his two nominations.

In a post on Instagram, Naomi Campbell stated that although Wizkid does not have a gramophone, he deserved one without a doubt.

Naomi explained that the album ‘Made in Lagos’, which was nominated for Global Music Album was a “phenomenal” piece of work.

She stated that Wizkid, through his work, brought Afrobeats into the mainstream and that in itself is a bigger achievement than any academy award.

“To my brother @wizkidayo,#MadeinLagos was beyond a phenomenal album !! WINNER WITHOUT DOUBT !! You are the KING of the people, that have bought AFROBEATS mainstream, that means more than any academy of any sort…” she wrote.

“#MadeinLagos Album and song Essence was clearly in the wrong category. How can you ignore the song Essence, the song by Wizkid, and Tems that was covered and remixed by Justin Bieber? You seem to isolate (it) under global when it should have been in the song of the year category. This is a misrepresentation and a neglectful categorization of Music ONCE AGAIN,” she added.

This comes after “Essence” which featured Tems, did not grab the Best Global Music Performance at the 2022 Grammy awards.

At the end of the event, “Mohabbat” by Arooj Aftab won the Best Global Music Performance. The contenders for the category included, “Do Yourself” by Angélique Kidjo and Burna Boy; Femi Kuti’s “Pà Pá Pà”, and “Blewu” by Yo-Yo Ma and Angélique Kidjo.

Also, Wizkid lost the Global Music Album of the Year to Angélique Kidjo.

However, Naomi Campbell believes it is time Afrobeats is given the accolades and recognition it deserves.

“Changing World to Global is not Enough.. get up to speed on the state of all popular music and include Afrobeats Artiste of the Year, Song of the Year, Album of the Year and all the subcategories that this genre so deserves – just as another respected and recognized musical genre.”