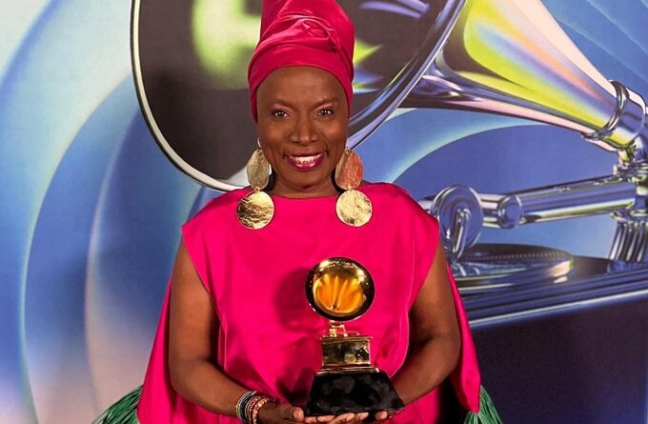 Musician Angelique Kidjo has added to her catalogue another Grammy Award.

On Sunday, April 3, the Benin singer-songwriter won her fifth Grammy Awards at the 64th edition of the coveted award ceremony.

The celebrated singer and the South African choral group Ladysmith Black Mambazo are now tied in most Grammy wins by an African artistes.

Aside from Kidjo, Burna Boy, Femi Kuti, Yo Ma, and Wizkid and Tems were all nominated in the caregory.

The 64th annual Grammy Awards were held on Sunday night in Las Vegas for the first time at the MGM Grand Garden Arena, with Trevor Noah as the host.