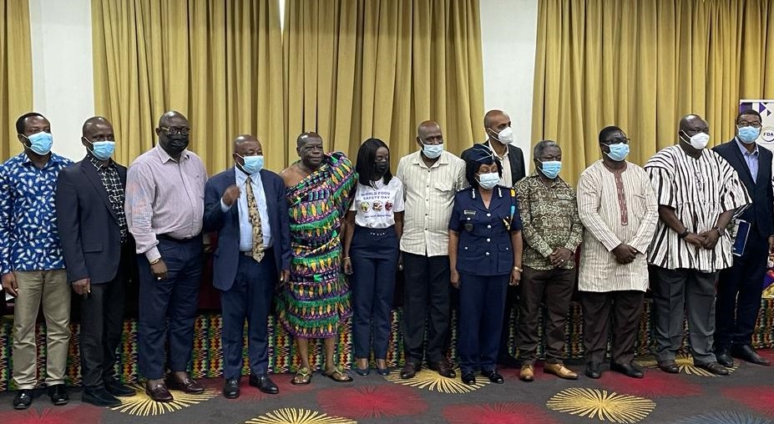 The commemoration of the day was to encourage actions to prevent, detect and manage foodborne illnesses that contribute negatively to human health, food security and economic prosperity.

According to the World Health Organisation, about 600 million cases of food borne diseases are recorded annually, with approximately one in 10 people being affected and billions of dollars lost in productivity due to unsafe foods in low, and middle-income countries including Ghana.

The issue of food safety and food-borne toxicants in sub-Saharan Africa is worsened by public ignorance on the subject, uncoordinated approach to food control, lack of technical expertise and adequately equipped laboratories in some cases, poor enforcement of legislations and regulatory limits.

Other factors include introduction of contaminated food into the food chain, which has become inevitable due to shortage of food supply caused by drought, wars, and other socioeconomic and political insecurity.

The occurrence of food-borne disease remains a significant health issue in developed and developing countries despite the efforts being made by governments all over the world to improve the safety of food supply.

The Health Ministry, in collaboration with relevant ministries, departments, agencies, and other partners, has prepared a document which aims at establishing and maintaining an integrated farm for food safety system that ensures consumer health and public safety.

This is being supported by the WHO and the Food and Agriculture Organisation (FAO).

According to the Health Minister, Kwaku Agyeman-Manu, the adaptation and implementation of the National Food Safety Policy will help reduce the incidence of food borne diseases in the country.

Also, the Policy will provide a basis for the establishment of National Food Safety objectives, requirements and guidance for application to specific sectors of the food chain.

The National Food Safety Emergency Response Plan (FOSERP) would be activated when emergencies occur along the food chain.

The plan, produced through a consultative process which included a stakeholder policy formulation and validation workshops, seeks to put in place a system that can detect, assess and manage food safety incidence in Ghana.

Food safety emergencies are increasingly becoming a challenge within countries and have public health impact and economic implications.

As such, limiting the public health impact of food safety events means Ghana needs a strong national food safety system which shall provide a basis for the establishment of national, regional and district rapid response teams to manage and control these emergencies along the food chain.

It is in this regard that the FOSERP Committee is established and inaugurated to oversee such activities.

The World Food Safety Day commemoration creates an international channel for countries and stakeholders to ponder the gains made in ensuring safe food while at the same time highlighting the vast concerns that remain to be addressed in ensuring and sustaining food safety systems.

Since the inception of the celebration in June 2019, Ghana has used this channel to promote food safety awareness with the long term aim of inspiring attitudinal change directed towards safe food handling practices, with various strategies and initiatives such as the introduction of the new Street Food Vending Permit for street food vendors, innovative regulatory measures including market surveillance and licensing of food production.

Other measures include the preparation premises and Public Education as employed by the Food and Drugs Authority (FDA) to ensure the safety of food consumed by the public.