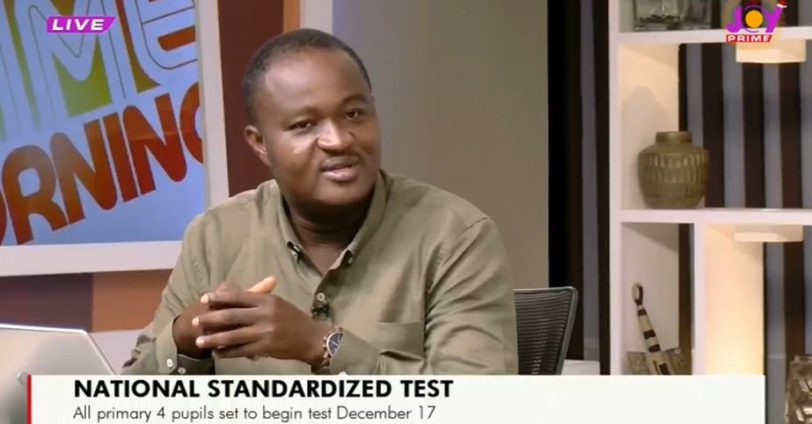 Spokesperson for the Education Ministry, Kwasi Kwarteng has stated that the National Standardised Test will improve the level of literacy and numeracy at the basic level of education.

He said the test will help to build a strong educational system in the country by enhancing the learning outcomes of pupils while reducing the issue of learning poverty.

Speaking in an interview on Prime Morning, Wednesday, Mr Kwarteng noted that the national test will aid the Ministry in collecting data on the performance of pupils in English and Mathematics to guide the implementation of future educational policies.

“It’s nothing new, apparently because if you look at it we have a similar test already in our system. The BECE, for instance, gives us a test of a national significance and so at the end of the day, it’s an assessment regime where you have to test students and then know the policy response in terms of resource allocation interventions that you are giving to such students.”

“If you look at the test regime, based on the Education Strategic Plan and the assessment framework we’ve drawn at the Ministry, you realize that the test is supposed to be conducted among students in Class 2, Class 4 and Class 6; it is the commencement that starts with Class Four. So when students write in Class Two, by the time they get to Class Three, you’d be able to generate the data and know the learning gaps and then profess whatever interventions that you are able to come up with,” he told Benjamin Akakpo.

The Education Ministry earlier indicated that the test is not meant to grade pupils in primary four but to improve teaching and learning in the basic schools across the country.

Currently, the national test will be conducted in only public schools; however, there could be a consideration for enrolling private schools in subsequent ones.

According to Kwasi Kwarteng, the National Standardised Test falls within the ‘Education Strategic Plan’ which started in 2018 and is expected to end in 2030.

He said it will address the challenge of many school-going children who have limited knowledge in numeracy and literacy, thereby helping to meet the United Nations Sustainable Development Goal 14.

“It’s not necessarily about probably improving literacy and numeracy at the basic level but it’s about achieving a generation who will be assertive, critical thinkers [and] problem solvers to fit the context and demands of the 21st Century.”

“If we want to be very honest to ourselves, you’d acknowledge that we really have a long way to go and that’s the more reason why we really have to transform our educational system,” Mr Kwarteng added.

The National Standardised Test for Primary Four pupils in public basic schools will be held on Friday, December 17, 2021.

The one-day examination will assess a total of 470,768 pupils expected to participate in the test from 15,391 schools nationwide.

There would be 2,850 examination centres with 200 pupils per centre.