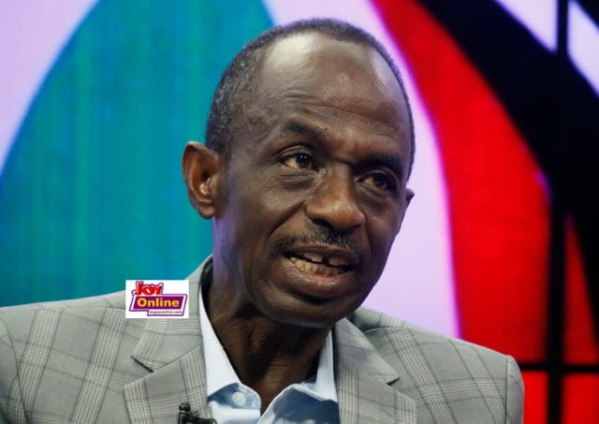 The National Democratic Congress (NDC) has petitioned the Inspector General of Police to investigate the alleged printing of one million extra ballot papers by Innolink Printing Press during the 2020 general elections.

In a petition to the IGP Dr George Akufo Dampare, signed by General Secretary Asiedu Nketia, the Party stated that the papers were printed illegally. Thus officials of the Electoral Commission and Innolink found culpable, must be prosecuted.

Providing the details of their complaint, the Party alleged that the ballot papers were discovered by their agents when they, alongside others, had returned to Innolink Printing press to supervise the reprinting of ballots for the Afigya Kwabre South Constituency.

According to the Party, “when our agents confronted, the supervisors at Innolink, they gave all manner of incoherent answers. One claimed that it was a ‘back up’ while another lady in charge of the bindery claimed they were meant for ‘run-off. Seemingly confused, officials of Innolink could not provide any further tenable answers.”

“When EC officials were asked about the above development, they denied any knowledge of same…our agents insisted that the ballots should be destroyed forthwith. They ensured that all the ballots which were estimated at over one million were shredded and scheduled for destruction,” the party claimed.

Despite the destruction of the papers by the Electoral Commission, the NDC believes that some of the excess ballots were sent to the Ashanti Region before the discovery by the Party’s agents.

The NDC attached videos of the papers being discovered at Innolink, photographs of the papers, video reports among others to the petition.

“While looking forward to your swift investigation and prosecution of culprits involved in the above criminal act, the National Democratic Congress wishes to assure you of its full cooperation in the conduct of your investigations,” they added.

Former President John Mahama during one of his ‘Thank You’ tours alleged that many things went wrong during the 2020 Presidential and Parliamentary elections.

Among other things, he stated that the military invaded collation centres and forced Electoral officers to declare results while some one million extra ballot papers were printed after the printing exercise.

“More than one million ballot papers were created which the EC claimed happened by mistake but on the day of the election, some of the more than 1 million extra ballots had already been secretly thumb-printed in favour of the NPP and so these things dented the credibility of the polls and caused an embarrassment,” he told the Divisional Chief of Prestea, Nana Nteboah Pra.

However, the Electoral Commission during a press conference did not only dismiss the claims but also called on John Mahama to provide the proof to his statement.

“The former President has said the EC thumb-printed 1million ballots in favour of the President. This is untrue. We call on the Former President in the interest of our democracy to provide evidence of the stuffing of the ballot boxes by the EC. This is not a matter to be ignored and we call on the Ghana Police Service to investigate this,” Deputy EC Chairperson Dr Bossman Asare said.

Following EC’s position, Aseidu Nketia stated that NDC is prepared to support the calls for the Ghana Police Service to probe the claims.

Speaking in an interview on JoyNews’ The Pulse on Wednesday, Mr Nketia stated that the NDC failed to report the issue of extra ballot printing by Inno-link because they (NDC) did not want to damage their (Inno-Link) reputation built over time.

According to him, the NDC however expected the printing press to address the issue through administrative measures. But this has not happen till date.

“Inno-Link has allowed the EC to use this as an opportunity to malign us [NDC] and our refusal or failure to escalate the matter to be a weakness on our part.”

Mr Nketia said the NDC “will change our decision and ensure that the Police are brought in to find out who was culpable because the issues are not controvertible at all.”

DISCLAIMER: The Views, Comments, Opinions, Contributions and Statements made by Readers and Contributors on this platform do not necessarily represent the views or policy of Multimedia Group Limited.
Tags:
Aseidu Nketia
Election 2020
Electoral Commission
IGP
NDC