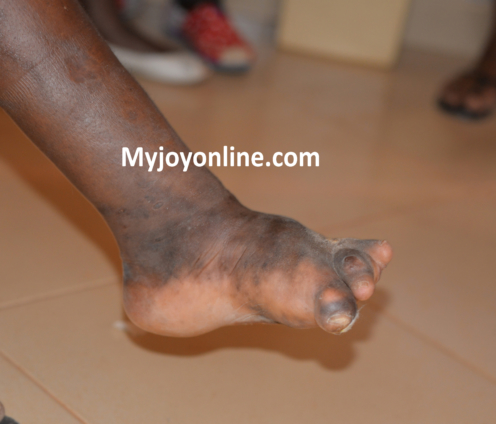 Over 2,000 cases of Neglected Tropical Diseases ( (NTDs) have been recorded in the Afigya Sekyere East District of the Ashanti region.

He said this during an event to mark the World Neglected Tropical Diseases day at Motokroduakrom.

Neglected tropical diseases are a group of diseases that occur under tropical and sub-tropical climate conditions and are closely linked to poverty.

They, therefore, thrive in areas where access to adequate sanitation, clean water and healthcare is limited such as in remote and rural areas, informal settlements or conflict zones.

It occurs in people living in close proximity to animals and infectious disease carriers.

Mr. Justice says, “They’re making sure all the diseases in the district are identified and given treatment.”

According to the Head of Disease Control, Oppong Ampratwum, the district has recorded 1,828 scabies, 13 buruli ulcer, 4 leprosy, 14 yaws and 18 elephantiasis.

He is worried about the effect scabies for instance is having on education.

“If you have a child with this, he’s likely to drop out of school,” he revealed.

Though NTD treatment is free, Mr. Ampratwum appealed to benevolent individuals and organisations to come to their aid to reach out to more people.

“Treatment by the Ghana Health Service is free but surgery for instance is not free,” he said.

The event which is under the theme: “Face NTD and the Neglect”, saw the treatment of people affected by the diseases.