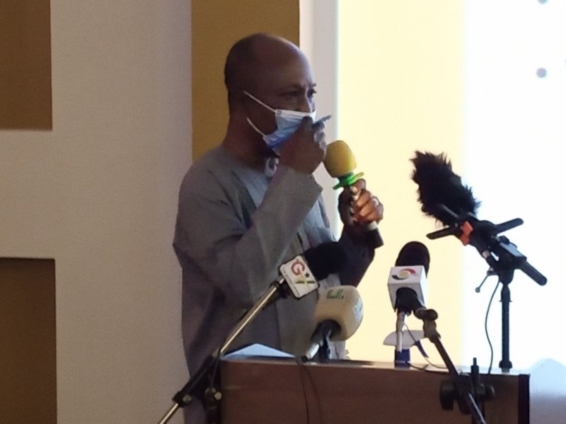 All school-going-age children in the country would be dewormed once a year to protect them from contracting Lymphatic Filariasis and Onchocerciasis, the National Programme Manager of the Neglected Tropical Diseases (NTDs), Dr Kofi Asemanyi-Mensah, announced on Monday.

Lymphatic Filariasis (elephantiasis) and Onchocerciasis (river blindness) are among the five NTDs endemic in the country.

Dr Asemanyi-Mensah said this at the opening session of the national launch of the Mass Drug Administration (MDAs) against Onchocerciasis on Monday in Sunyani. The MDAs is scheduled for August 9 to 22, this year.

On the theme “Face NTDs, End the Neglect through Effective and Quality MDAs”, the launch was attended by public health directors across the country, as well as other governmental agencies including the Ghana Education Service and the Information Services Department.

Dr Asemanyi-Mensah explained that although Oncho was endemic in 11 hotspot districts, the campaign was targeted at 137 districts in 15 regions and expressed appreciation to the World Health Organisation (WHO) and other development partners for their support in helping to manage NTDs in the country.

He said the Ghana Health Service (GHS) would intensify surveillance and monitoring in the Oncho endemic prone communities and stressed commitment to eliminate the disease by 2025.

Dr Asemanyi-Mensah called on the Regional Health Directorates to re-launch and intensify public education on the MDAs at the regional levels to achieve the desired outcomes.

In a speech read for her, Madam Justina Owusu-Banahene, the Bono Regional Minister, noted that the Bono, Bono East and Ahafo Regions were conducive for the transmission of NTDs, and expressed the hope that drugs would be administered to the majority of people in the disease’s endemic areas.

Madam Owusu-Banahene stressed the distribution of 300 ambulances across the country and the introduction of drone technology to deliver essential services in the health sector demonstrated by the government’s commitment to providing and enhancing quality healthcare delivery in the country.