New GES D-G is not a professional teacher; not competent for role – NAGRAT President 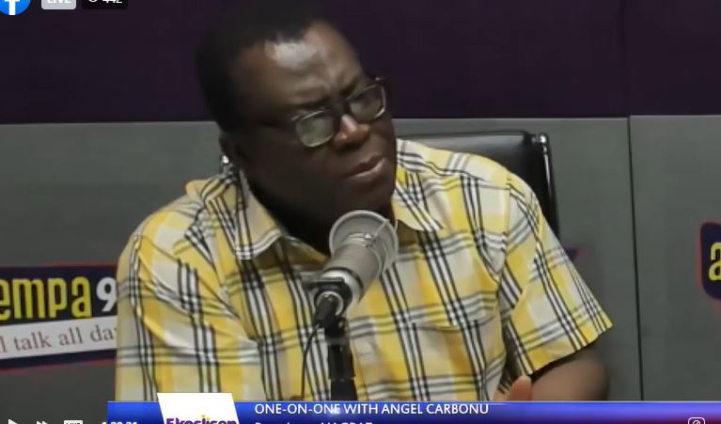 Speaking in an interview on Asempa FM’s Ekosiisen on Thursday, The President of NAGRAT, Angel Carbonu said Dr. Nkansah is not fit for the role because he is not a professional teacher.

Dr Eric Nkansah was appointed to replace the former GES D-G, Prof Kwasi Opoku-Amankwa following the termination of his secondment.

The newly appointed D-G has 14 days to either accept or reject his appointment as the new GES Director-General.

Reacting to this, Mr. Carbonu said the dismissal of the former GES DG is disappointing, adding that the Association is worried about President Akufo-Addo’s decision.

According to him, Dr. Nkansah was appointed on a political basis.

“It was Dr. Adutwum who took him to the Ministry of Education as a Special Assistant, then all of a sudden, he has been made the Director-General of the Ghana Education Service,” he alleged.

He further stated that partisan politics is destroying the neutrality and professionalism of the public service which the Ghana Education Service is part.

According to him, per the laws of the land, the appointment of a Director-General should be in consultation with the GES Council.

Meanwhile, prior to Dr. Nkansah’s appointment, he was the Technical Advisor/Director in charge of Tertiary Education at the Ministry of Education.

Dr. Eric Nkansah has over the last 13 years fervently worked as a banker, lecturer, researcher, and financial consultant. He was a Senior Lecturer at the Department of Banking Technology and Finance of the Kumasi Technical University.

He joined the University in 2012 and has since contributed significantly (in the area of teaching, research, programme development etc) to the development of the University. Before joining the University,  he was the Sales Manager at the Krofrom Branch of Barclays Bank of Ghana (now Absa) where he worked for over five years.

DISCLAIMER: The Views, Comments, Opinions, Contributions and Statements made by Readers and Contributors on this platform do not necessarily represent the views or policy of Multimedia Group Limited.
Tags:
Angel Carbonu
Dr Eric Nkansah