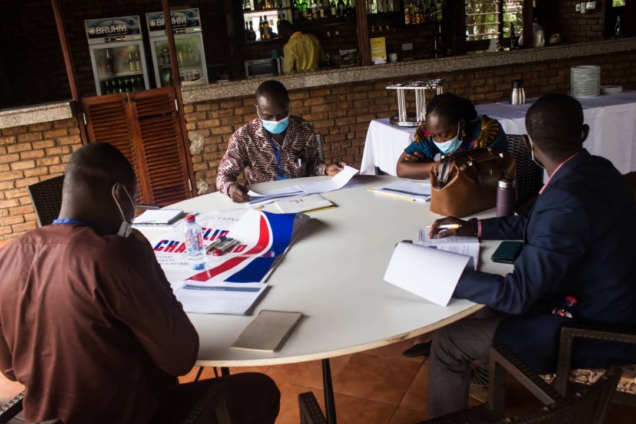 An NGO, Grameen Foundation is partnering with three civil society organisations in the Northern and Upper East Regions to establish 90 female mobile money vendors as part of their employment programme.

The beneficiaries are expected to also serve as business advisers to other women in their communities. The initiative will also train these women to serve as gender-based violence report support agents.

Speaking at a workshop to share key findings, Regional Director for Africa Grameen Foundation, Alfred Yeboah said the project which is funded by the US government is to explore the setting up of female mobile money vendors in their communities as micro-finance to grow their business.

According to him, the group has, over the past few weeks, engaged a number of key stakeholders in the communities where they intend to implement these interventions.

He said they are also talking to government institutions that are responsible for providing support when it comes to gender-based violence such as DOVVSU and the social welfare department to understand what currently exists.

Mr Yeboah said the workshop was to access barriers that hinder women to access resources adding that though the intervention will have startup capital, the women will have to meet them halfway to be set up as agents.

“Sometimes women will have to rely on their male counterparts for material support, this has to do with the material barriers,” he added.

Alfred Yeboah said another issue they identified is the cognitive barrier regarding awareness.

They have, therefore, lined up a number of training sessions to give the women information, build their capacity so that they will succeed in their mobile money businesses.

Mr Yeboah said another barrier they are looking at is the intra-households power dynamics where they foster good relationships between the female and male counterparts.

He indicated that the outcomes of the projects will afford women the support of their male counterparts to be successful, adding that 38% of women in Ghana have access to mobile money accounts.

Alfred Yeboah added that most women find mobile money as a safe haven to save their money from their husbands and are able to make good use of these monies.

The research showed most of the women are concern with security when it comes to mobile money citing frauds, scams as some of the concerns.

He said they are engaging MTN on how they can translate some of the digital financial services policies that have been formulated to the local level to help the women understand the procedures in order not to fall victims.

The Graneen Foundation Director said it will roll out a revolving fund and find ways to attract investment to scale up the project.

He added that they are also talking to the CSOs so that the revenue that would be accrued from these women, some fraction would feed into the revolving fund.