Nick Cannon is now a dad of 10: Inside his growing family tree 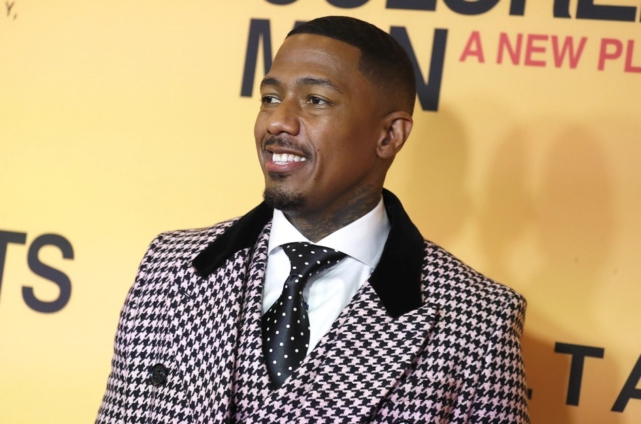 Nick Cannon just welcomed his 10th child — his third with Brittany Bell — and the proud dad still has another bundle of joy on the way. He’s currently expecting his 11th child with Abby De La Rosa.

Cannon’s growing family all started after he married Mariah Carey in 2008. Though the pair split in 2016, they share 11-year-old twins, Monroe and Moroccan. It was then that Cannon’s “unorthodox” approach to dating and child rearing began, with Cannon going on to welcome eight more children by five other women.

In the wake of Cannon’s latest baby announcement, ET is giving you a guide to the 41-year-old TV personality’s growing family.

Cannon and Carey married in 2008, and in April of 2011, they welcomed twins Monroe and Moroccan. Though the couple divorced in 2016, Cannon has continued to co-parent with Carey and remain a constant part of the twins’ lives.

In February 2017, Cannon welcomed his son Golden Sagon with Bell. The pair would later welcome a daughter, Powerful Queen, aged 1, in December 2020, and another son, Rise Messiah, on Sept. 23, 2022.

In June 2021, Cannon welcomed his next set of twins, fathering Zion Mixolydian and Zillion Heir with De La Rosa. Earlier this year, it was revealed that the pair are expecting their third child together, due in October.

Also in June 2021, Cannon welcomed Zen, with Scott. Zen tragically died in December at just 5 months old, after a battle with brain cancer.

In January 2022, just a month after Zen’s death, Cannon revealed that he was expecting his eighth child with the model-turned-real estate reality star. They welcomed their son, Legendary, in July.

The Masked Singer host announced that he and photographer LaNisha Cole had welcomed their first child together on Sept. 15, 2022, a daughter named Onyx Ice Cole Cannon.

While it’s been difficult for many to understand how Cannon juggles a busy career and his growing family, he told ET last month that he dedicates his “entire day” to his children.

“It’s not as difficult as people think it would be, but I understand [their concern] because it is a very unorthodox scenario,” Cannon explained. “I dedicate probably my entire day to my children. Luckily, we are in a world where I’m blessed with the opportunity. I get to spend more time with my children every single day because of my world and my business model.”

DISCLAIMER: The Views, Comments, Opinions, Contributions and Statements made by Readers and Contributors on this platform do not necessarily represent the views or policy of Multimedia Group Limited.
Tags:
child brith
Nick Cannon
Nick Cannon children