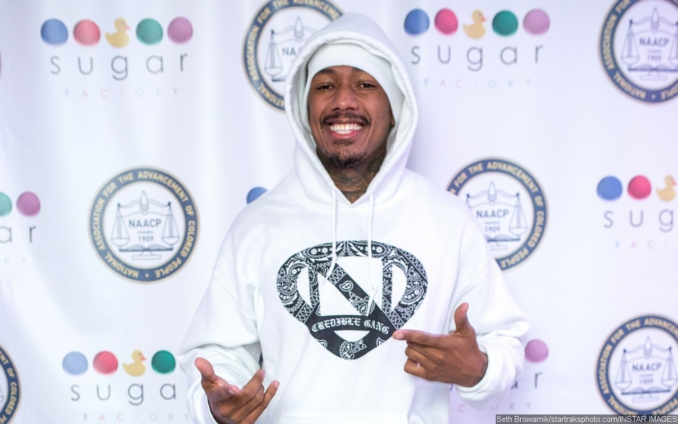 Nick Cannon will stop procreating at one point, though it hasn’t been decided yet.

The multi-hyphenate star has admitted to considering vasectomy after having seven kids because he doesn’t want to “populate the Earth.”

The 41-year-old, who is currently expecting his eighth kid, talked about his plans of expanding his family in an interview with E! News‘ “Daily Pop” on Tuesday, May 17.

While he feels “blessed with the gifts of children,” he shared that he would eventually take a break from making babies.

“I don’t know if I would’ve designed it this way, but it’s one of those things when you’re blessed with the gifts of children-and as we all know, I’ve been through so much, I find solace, I find peace in my children and I find purpose,” the actor/comedian told hosts Justin Sylvester and Loni Love. “So, I’m not out here looking.”

He added, “I already went and got my vasectomy consultation. I ain’t looking to populate the Earth completely, but I’m definitely looking forward to taking care and loving all the children that I currently have.”

Nick admitted that he doesn’t have enough time to spend with his children due to his busy schedule.

“I do have the guilt of not having enough time to spend with all of my children, as we all do because we’re working and constantly going,” he explained.

“Especially right now when they’re younger. We were doing little league with my 5-year-old [Golden Cannon] this weekend. We got swim practice this week. I take my kids to school every morning. I FaceTime. Two weeks ago, [twins Moroccan and Monroe Cannon, 11] had their birthday party. We shut down Six Flags.”

“The Masked Singer” host also gushed about some of his children who may inherit his interests in music and arts. “You definitely gonna see some Cannons on the screen and hear their music,” he joked. “I’m going to have to recoup some of this. So they gonna be some talented babies.”

Nick went on speaking about enlisting his ex-girlfriend Jessica White for the racy cover of his upcoming mixtape “Raw & B: The Explicit Tape”.

“When you have connections with people, when you have muses, when you have creative relationships, that type of stuff doesn’t even come into play,” he said about working with the model, whom he dated off and on from 2015 to 2020. “I talk with Jessica every single day and I have the utmost respect for her, all that she is.”

Calling Jessica a “creative, brilliant mind,” Nick said she served as more than just an inspiration for his latest musical output. “Not only, you know, does she help in this project with the photos and all of that type of stuff,” he elaborated, “but she also even directed a short film and a video for this project, as well.”

His son Zen, whom he shared with model Alyssa Scott, died of brain cancer at five months old. In January of this year, he announced that he’s expecting a boy with model Bre Tiesi.

DISCLAIMER: The Views, Comments, Opinions, Contributions and Statements made by Readers and Contributors on this platform do not necessarily represent the views or policy of Multimedia Group Limited.
Tags:
Nick Cannon
vasectomy