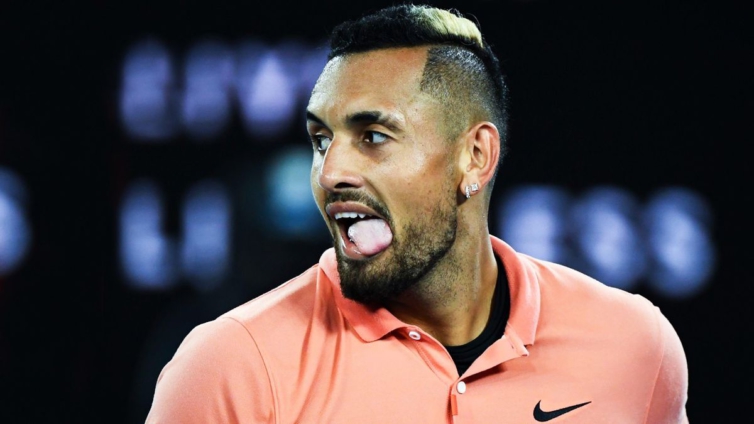 A fan who Nick Kyrgios said was “drunk out of her mind” during the Wimbledon final is taking legal action against the Australian tennis player.

Kyrgios, who lost the final to Novak Djokovic in July, said the woman looked “like she has had about 700 drinks” as he complained to the umpire about her.

She accuses Kyrgios of a “reckless and entirely baseless allegation”.

“Not only did this cause considerable harm on the day, resulting in my temporary removal from the arena, but Mr Kyrgios’ false allegation was broadcast to and read by millions around the world, causing me and my family very substantial damage and distress,” Palus said in a statement from solicitors Brett Wilson LLP.

Palus, who attended the final with her mother, added: “I am not litigious, but after much consideration I have concluded that I have no alternative but to instruct my solicitors to bring defamation proceedings against Mr Kyrgios in order to clear my name.

“The need to obtain vindication and to prevent repetition of the allegation are the only reasons for taking legal action. Any damages recovered will be donated to charity.

“I hope that Mr Kyrgios will reflect on the harm he has caused me and my family and offer a prompt resolution to this matter. However, if he is unwilling to do this, I am committed to obtaining vindication in the High Court.”

Kyrgios, the world number 26, reached his first Grand Slam final at Wimbledon and is preparing to play at the US Open, which starts in New York next week.

DISCLAIMER: The Views, Comments, Opinions, Contributions and Statements made by Readers and Contributors on this platform do not necessarily represent the views or policy of Multimedia Group Limited.
Tags:
Nick Kyrgios
Wimbledon 2022