Nnamdi O. Madichie and Robert Ebo Hinson: AFCON’s ‘disrespect’ and so what - MyJoyOnline.com

Nnamdi O. Madichie and Robert Ebo Hinson: AFCON’s ‘disrespect’ and so what 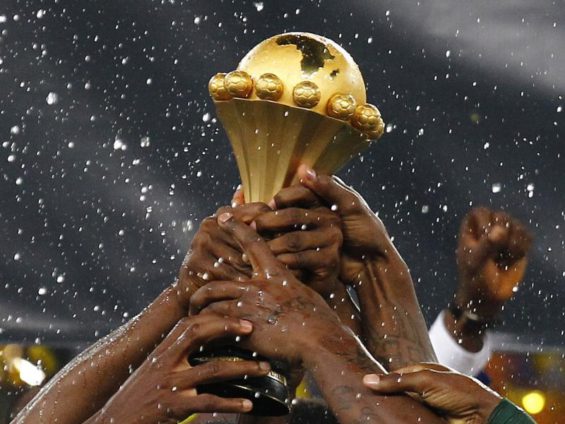 Yes, we know it is called AFCON 2021, but the African continental football tourney runs between 9 January and 6 February 2022 for reasons everyone fully understands – Covid-19 and the global lockdowns.

And, thanks to the commentary by Ian Wright, former England and Arsenal striker, many on the globe who were not aware of an African Cup of Nations can no longer claim ignorance.

What did Ian Wright say?

That, contrasted with the coverage by the Western media of European players’ release for Euro 2020, that of Europe-based African players honouring their countries’ call to participate in AFCON 2021 was ‘disrespectful’ and ‘tinged with racism’.

In his words, “There is no greater honour than representing your country. The coverage is completely tinged with racism.”

It is against this backdrop that we are looking at African football from three perspectives; race, realities and reflections, or 3Rs as we dub it.

In terms of race the nasty scenes of monkey chants especially against black players (even those in the England squad) when playing at club or national level in Europe is only a side of the story.

The other side is what Ian Wright has espoused so beautifully: attitude towards tournaments being held in Africa requiring African players in European leagues to return?

This year’s host Nation, Cameroon, may well be the favourite considering their winning pedigree in the FIFA World Cup.

It also avails the nation an opportunity to showcase the five main cities selected as hosts of the tournament, namely Douala and its Japoma Stadium, Yaoundé and its Ahmadou Ahidjo, and Olembé Stadiums, Bafoussam and its Kouekong Stadium, Garoua and its Roumdé-Adjia Stadium and finally the Limbe-Buea venue which houses the Limbe Omnisport Stadium.

Fifty-two countries took part in the qualifiers for the Africa Cup of Nations with only twenty-four places available. The qualified teams unveiled after a campaign that started in October 2019 and ended in June 2021, due to the one-year hiatus caused by Covid-19, are now fixed on their opponents.

Following the draw for the final tournament held in Yaoundé on Tuesday 17 August, the twenty-four qualified teams were divided into six groups. The opening match will pit tournament host and five-time Africa Cup of Nations winners Cameroon against Burkina Faso, runners-up of 2013 AFCON.

On another note, the sponsorship of the tournament has changed hands from a Telcom (Orange) to an Energy group showcasing its green credentials to the world.

The Total Energies Africa Cup of Nations, Cameroon 2021 will take place from January 9 to February 6, 2022.

In terms of this year’s sponsor, TotalEnergies is a broad energy company that produces and markets energies on a global scale: oil and biofuels, natural gas and green gases, renewables and electricity. Its 105,000 employees are committed to energy that is ever more affordable, cleaner, more reliable and accessible to as many people as possible.

TotalEnergies is active in more than 130 countries and claims to put sustainable development in all its dimensions at the heart of its projects and operations to contribute to the well-being of people.

We hold the view that African football may be getting a bad rap from the rest of the footballing world, particularly Europeans, because, even as some star African players shine in leagues in the English Premier League and such other leagues, the management of African football teams is appalling.

In a 2010 article, Madichie had highlighted the state of anarchy and the politically charged hatred between two North African giants Egypt and Algeria who have met about four times in four months amidst violence and the suspension by the Confederated of African Football (CAF) of the Togolese team which pulled out of AFCON after being brutally attacked in the border town of Cabinda (Angola) while FIFA looked on in silence and the sack of the Nigerian coach as well as the entire team and management of the Benin side both for poor performances.

He asked whether the beautiful game called football deserved such a bad name as all eyes looked towards the continent for the World Cup which was to be held in South Africa that year.

In 2011, Hinson et al, posited in an article that although corporations in Ghana which the national team, the Black Stars, had a good outing at the 2010 FIFA World Cup, had demonstrated their capacity and willingness to commit resources to football development, local football clubs and the national team had not branded football business enough to make it attractive to sponsors.

The Black Stars’ participation in that World Cup and the one preceding it, and held in Germany, had, however, improved the attractiveness of football to the public, which needed to be built upon. The article concluded that ‘studies on sponsorship in football in developing economy contexts are fairly parsimonious.’

Madichie in another article “Re-branding the Nigerian Football League – open play or dead ball?” (2016) highlighted the challenges of Nigerian Professional Football League teams at the club level, with a view to aligning this with developments at the country level, and especially so in the aftermath of the 2014 FIFA World Cup in Brazil – an international event – where Nigeria participated alongside four others – Algeria, Cameroon, Ghana and Ivory Coast.

“In the long history of the FIFA Football World Cup, only three African teams have ever reached the quarter-finals – notably Cameroon in 1990, Senegal in 2002 and Ghana in 2010.”

Although Nigeria’s first-team players plied their trade in Europe, there remained a challenge epitomised by the “disconnect” between the domestic league and the national team composition. Consequently, brand ambassadors are proposed as one of the key conduits for re-aligning the identified disconnect.

Based on an inductive approach, 27 semi-structured interviews were conducted to analyse the perceptions of Ghanaian fans of four English Premier League teams.

The findings of this study highlight that the strength of professional football brand equity is jointly determined by the level of brand awareness, brand loyalty and perceived quality.

However, increasing competition in international markets require professional football clubs to clearly define their marketing strategies to improve how fans perceive them.

This article was one of the few studies to use the country-of-origin paradigm and signaling theory to explain football brand equity building. Its empirical focus on Africa is also unique and provides evidence to suggest that global marketers have the opportunity to capitalise on market expansion opportunities in developing economies.

Nnamdi O. Madichie is a Professor of Marketing and Entrepreneurship at the University of Kigali, where Robert Ebo Hinson also serves as Deputy Vice Chancellor-Academic.