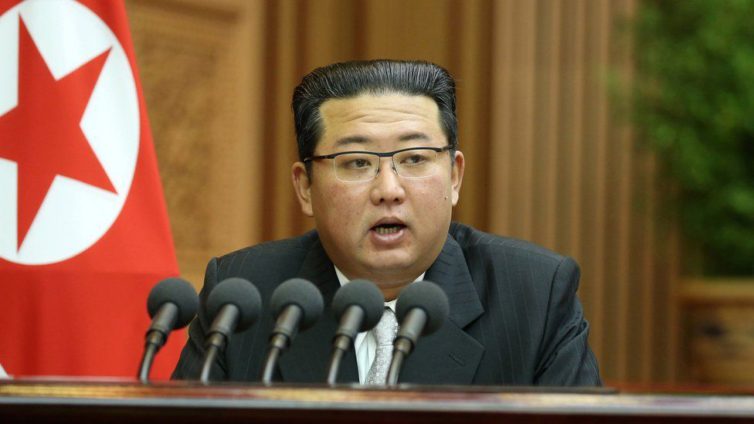 North Korean leader Kim Jong-un has said he is willing to restore a vital communication hotline with South Korea, in a possible offer of reconciliation.

He also accused the US of proposing talks without changing its “hostile policy” towards the North.

Pyongyang severed the hotlines in August this year in protest against South Korea-US military drills.

“The US is touting ‘diplomatic engagement’… but it is no more than a petty trick for deceiving the international community and hiding its hostile acts and an extension of the hostile policy pursued by the successive U.S. administrations,” a report by state news outlet KCNA said.

But Mr Kim appeared to extend a conditional olive branch towards South Korea.

The KCNA report stated that “[Kim Jong-un] expressed the intention to see to it that the North-South communication lines that had been cut off due to the deteriorated inter-Korean relations are restored first from early October”.

“[But] it depends on the attitude of the South Korean authorities whether the inter-Korean relations would be restored or continue to keep the present state of worsening.”

Mr Kim’s latest comments echo those his sister made earlier last week, where she said the North was willing to resume talks with the South if it ended its “hostile policies”.

“What needs to be dropped is the double-dealing attitudes and hostile stand of justifying their own acts while faulting our just exercise of the right to self-defence,” she said in a statement.

“Only when such a precondition is met, would it be possible to sit face to face and declare the significant termination of war.”

North and South Korea are technically still at war because no peace agreement was reached when the Korean War ended in 1953.

Communication hotlines between the two have been cut – and restored – several times over the past few years.

In 2020, after a failed summit between the North and South, Pyongyang blew up an inter-Korean border office that had been built to improve communications.