Not doing gospel music doesn’t make me a demon; stop painting me as a devil – KiDi 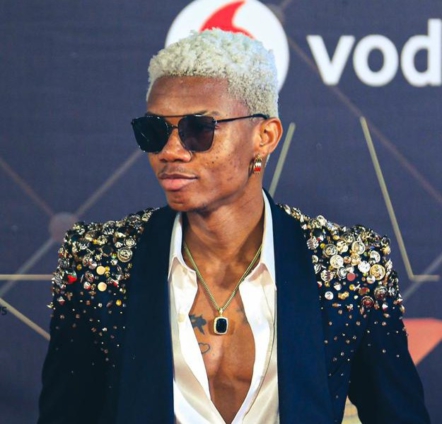 Highlife act, KiDi, has implored the general public, especially Christians, to stop chastising him for congratulating gospel musician, Diana Hamilton who was adjudged ‘Artiste of the Year’ at the Vodafone Ghana Music Awards (VGMA) on Saturday.

According to the Lynx Entertainment signee, comments by some Ghanaians on social media about him are “not right, not cool and not fair.”

“I just want to say that people should put at the back of their minds that the fact that I don’t do gospel music does not make me a demon or a devil.

“There are a lot of posts I’ve seen from the Christians especially, and it’s like most of them are going towards the direction of ‘how dare you go against God; you think you can beat Adom with Say Cheese’?

“Am I a devil, or am I a demon? I have not killed any person; our work (as musicians) makes people happy through our music. I keep saying every time that gospel musicians are the most hypocrites,” he told Andy Dosty on Showbiz Review, Monday.

Taking to his Twitter platform, the “Enjoyment” hitmaker thanked God Almighty and Ghanaians for the support given to push him to be part of the nominees worthy of being crowned the overall artiste of the year.

He stated: “To God be the Glory. Thank you Ghana. Huge congrats Aunty Diana.”

He was also seen to have embraced ‘Aunty Diana’ in a live interview on Prime Morning, where he congratulated her.

These acts by KiDi did not resonate well with people who think there should not be such a bond between the duo due to the different music genres they do.

“Because you’re a Christian doesn’t make me less righteous. If you people go for your weddings and funerals, after you play ‘Adom’ and praise God, you play ‘Enjoyment’ and dance.

“But today you wanna put me on the chopping board and paint me as a demon. It’s not right, not cool and not fair,” he added.