Nothing can stop government from implementing UNI-PASS – Kwaku Kwarteng 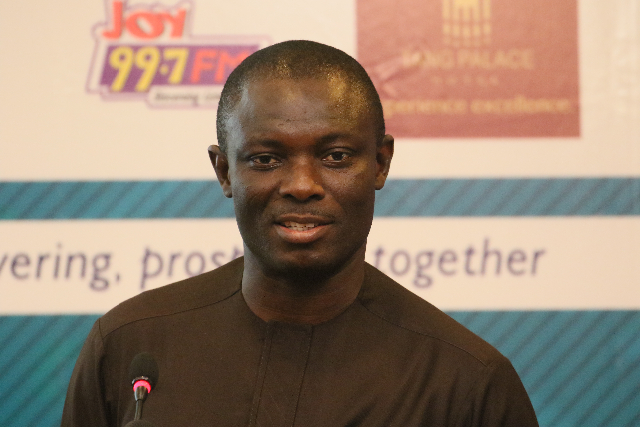 According to him, the multiple service providers working at the ports do not see eye-to-eye as they strive to dominate each other, affecting effective collaboration.

Also, he said corruption is pervasive at the ports, leading to revenue leakages.

Therefore, he stated that government has decided to replace the existing multiple service providers with a single service provider offering an end-to-end system capable of significantly reducing leakages, undervaluation and other illegal activities.

He was reacting to concerns raised by freight forwarders about the UNI-PASS rollout.

Korea Customs was contracted by Ghana Link Network Services Limited in a trade facilitation agreement with the Ministry of Trade and Industry, to introduce UNI-PASS, a product of Korea Customs Business wing, termed CUPIA.

Edward Akrong, President of the Ghana Institute of Freight Forwarders, who admitted attending training organised on UNI-PASS, said he did not see anything different from the system being operated by existing vendors.

According to him, he has no knowledge of any piloting of UNI-PASS, saying the preparation towards the rollout was not comprehensive.

He said training for stakeholders at Elubo started only Tuesday.

For him, the existing systems were built overtime and should be supported to include functions that would deliver the results government expected.

But speaking on Peace FM’s Kokrokoo morning show Wednesday, Mr Kwarteng likened the manner in which freight forwarders have attacked UNI-PASS to the behaviour of an opposition party.

He disclosed that Finance Minister, Ken Ofori-Atta and the President, Nana Akufo-Addo were in South Korea to see how UNI-PASS worked, saying they were impressed with what they saw, hence the decision to deploy it in Ghana.

The Deputy Finance Minister said simulation has been conducted at all entry points, adding that they met a lot of stakeholders, and everything was going on well.

He said technical people on the project were satisfied to the extent that they recommended a full rollout on March 1, 2020, but he asked them to start it at limited outlets that handle less than 10% of total import value.

Mr Kwarteng said the system could not start on Monday, March 2, as planned because administrative instructions to customs officers delayed.

He urged stakeholders to file their complaints to the appropriate authority instead of using the media.

The Deputy Finance Minister stated that the end-to-end system developed by UNI-PASS is owned by the Ghana government, which means the source code would be in the possession of Ghana.

According to him, it makes management of unwholesome goods easier and also makes Ghana’s ports attractive.

He said the contract of some vendors have expired while others have a valid contract, and was hopeful ongoing negotiations would resolve matters without them ending in judgment debt.

However, he said any vendor who disagrees with the outcome of negotiations and seeks redress in court would be met in court by the Attorney-General.

DISCLAIMER: The Views, Comments, Opinions, Contributions and Statements made by Readers and Contributors on this platform do not necessarily represent the views or policy of Multimedia Group Limited.
Tags:
Kwaku Kwarteng
UNI-PASS