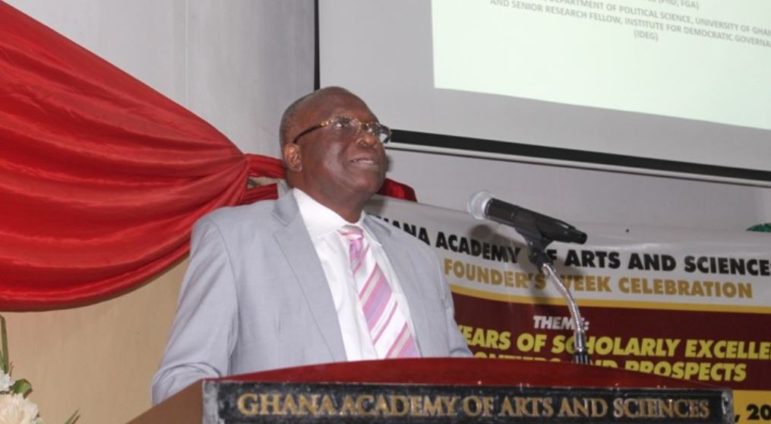 A Political Scientist at the University of Ghana is asking the governing NPP to reject the monetary donations of flagbearer hopefuls to the ongoing regional delegate’s conference of the party.

According to Professor Atsu Aryee, the flagbearer hopefuls are working to put themselves in an advantageous position when nominations are over.

He also observed that what is happening forms the beginning of vote-buying.

“Over the years, this thing has happened-people have made donations to their party’s but why are they making these donations. They want to more so they think unless they try to put themselves in an advantageous position so that when nominations are opened, that would influence the delegates.

“I think it’s the beginning of vote-buying; even though individuals may not have benefited, the party is benefiting, but what they have provided would benefit a few individuals like the Chairmen, regional secretary and others,” he added.

Vice President Dr Mahumudu Bawumia has made a financial commitment of ¢20,000 to each region and ¢2,000 to the 275 constituencies whilst Trade Minister, Alan Kyeremanteng and Former Energy Minister, Boakye Agyarko, have both made ¢10,000 donation to the party’s regional conference.

But Professor Atsu Aryee commenting on the development, questioned the rationale behind the donations.

“Why are they donating? They would say they are helping the party to build infrastructure. But they are going to benefit. They are people who will stand for elections,” he told Israel Laryea on the Joynews News Desk on JoyNews.

He further observed that the governing NPP should reject the donations.

“I think that the party would need to put things in other and stamp its authority and say you people are doing the wrong thing; otherwise we are setting a bad precedent-others had done it in the past but no action was taken, sanctions were not applied, people were just maybe reprimanded, and that was the end.

“So the party should come out and so no we are rejecting, is as simple as that. The biggest donation may receive the biggest number of votes”.