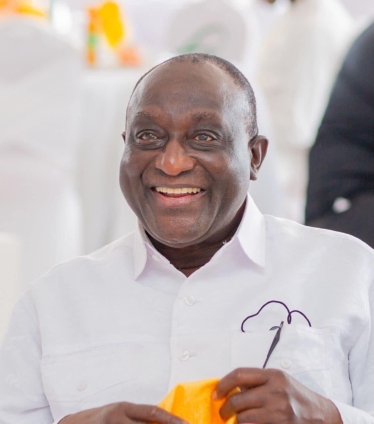 A stalwart of the New Patriotic Party, (NPP), says the grassroots of the party are calling for Alan Kyerematen to lead the party into the 2024 polls.

Hopeson Adorye insists the party members say it is the turn of the Trade Minister to lead the party.

According to him, they are of the view that he has served the party enough.

Due to this belief, they want him to resign and indicate his readiness to lead the party.

“The grassroots are yearning for Alan Kyerematen. They keep saying that he should resign from government and declare his intention for party business to go on.”

“I am overwhelmed by the numbers.”

He spoke at the march of some party supporters in the Ashanti Regional capital, Kumasi on Saturday, August 13, to declare their support for Mr. Kyerematen.

He, however, explained that the directive by the party came at a time when organisers of the event had made advanced preparations for the march.

Meanwhile, he has asked the national leadership of the party to draw the modalities for interested aspirants to obey.

“I want the national executives to come out and draw the lines on what supporters and aspirants can do.”