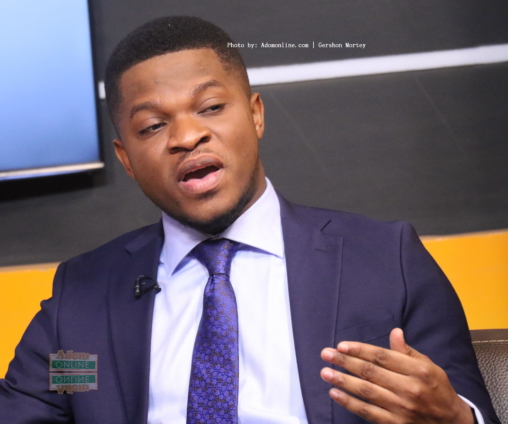 The Communications Officer for the National Democratic Congress (NDC), Sammy Gyamfi says President Akufo-Addo’s supervision of a mismanaged economy proves that the New Patriotic Party (NPP) has no strategy to solve Ghana’s debt to GDP ratio.

Currently, the country’s debt to GDP stands at 68.3% and projected by the IMF to hit 76.7% by December this year.

Speaking to JoyNews’ Evans Mensah, Mr. Gyamfi criticized the NPP government for not utilizing all the money borrowed during its tenure in power.

According to him, self-financing projects would have helped the NPP borrow less and managed the economy effectively.

“This government has little to show in terms of significant, tangible, and self-financing projects. They don’t have hospitals built, in 4 years they don’t have a secondary school, they have not used this borrowed money for any projects that can pay for these monies,” he said.

The NDC Communications Officer called on electorates to kick out the NPP government for betraying their trust and failing to reduce government borrowing as promised in the NPP 2016 manifesto.

He said the next NDC government will reduce government borrowing and improve the country’s debt when elected.

“Note that the promise was not to reduce the rate of borrowing as the NPP is deceitfully claiming today, but rather, to reduce government borrowing. And it was on the basis of this and many other lofty promises, that Ghanaians voted Akufo-Addo and the NPP into office.”

Sammy Gyamfi appealed to Ghanaians to vote for the John
Mahama administration to restore the country to what he describes as the path of growth, development and true progress.

DISCLAIMER: The Views, Comments, Opinions, Contributions and Statements made by Readers and Contributors on this platform do not necessarily represent the views or policy of Multimedia Group Limited.
Tags:
Debt-to-GDP ratio
Election 2020
JoyNews Election Brief
NDC and NPP manifestoes