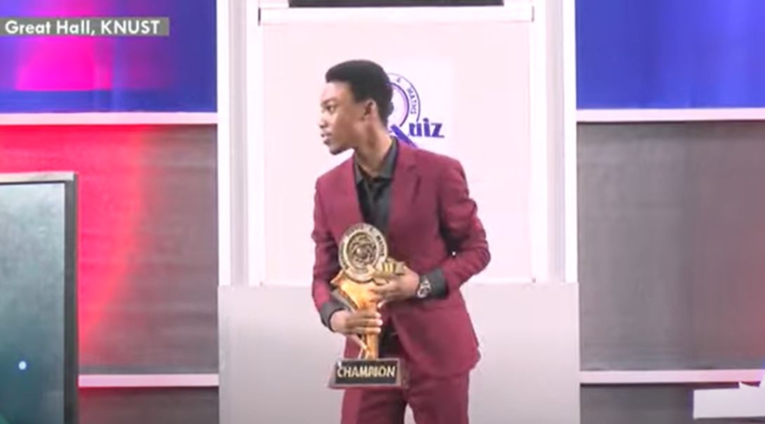 The journey to claiming the coveted trophy of the National Science and Maths Quiz (NSMQ) is one participating schools do not downplay for any reason.

Winning the national competition becomes an envious desire every year as such an achievement cements a school’s record in the country, at least as regards the study of science and maths.

Another spectacular scene was witnessed on Wednesday, October 26, during the last contest of the 2022 NSMQ which featured the Presbyterian Boys’ Secondary School, Prempeh and Adisadel Colleges.

In a classic fashion, a member of the 2021 Prempeh College team – Evans Oppong – returned the trophy back to the stage for grabs by any school that emerged winner of the contest.

It was such a delight for many as it eased the tension in the room and blew up exciting cheers from the crowd.

That happened after the end of the Round 3 of the contest. Already, Prempeh College and Presec-Legon were having a neck-to-neck competition to slay the other.

While the ‘Amanfuor’ were seeking to claim their sixth trophy to equalise the record of Presec, the latter was bent on extending its lead as the best school in science and mathematics in Ghana.

The return of the trophy and the sight of same heightened the desire by the finalists to make their schools proud on the national stage.

At the end of the fifth and last round, the ‘Odadeɛs’ were crowned the 2022 winners of the competition, making it their seventh time as national champions.