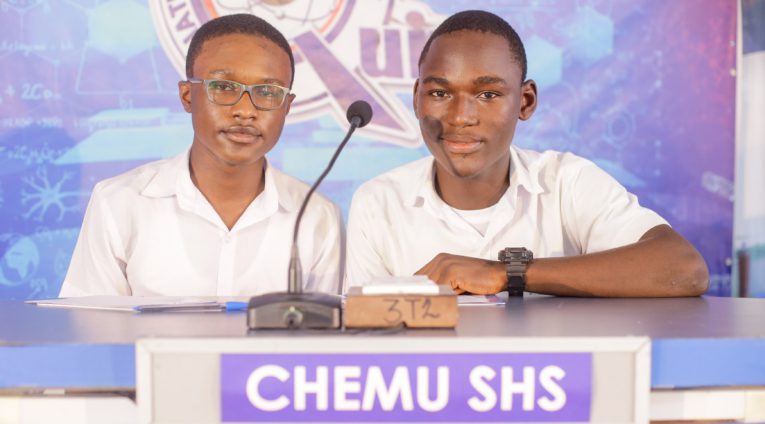 Chemu Senior High School has secured its place in the One-eighth stage of this year’s National Science and Maths Quiz (NSMQ) after it defeated Tema Methodist and Holy Trinity Cathedral in the preliminary contest.

The school recorded an impressive win with a whooping 60 points at the end of the competition which ran for four rounds.

Tema Methodist SHS, which is making its second stint in the national championship, came close with a total of 52 points.

Coming last in the first preliminary contest was the Holy Trinity Cathedral SHS which scored 34 points.

The two schools still have the chance to progress to the next stage of the competition if they qualify to be part of the 15 top runners-up at the end of the prelims.

The contest was characterised by intense rivalry amongst the schools as each won at least one of the four rounds.

There will be 39 contests in the preliminary stage nationwide. The winners and 15 top runners up will advance to the one-eighth stage which will be held in Kumasi.