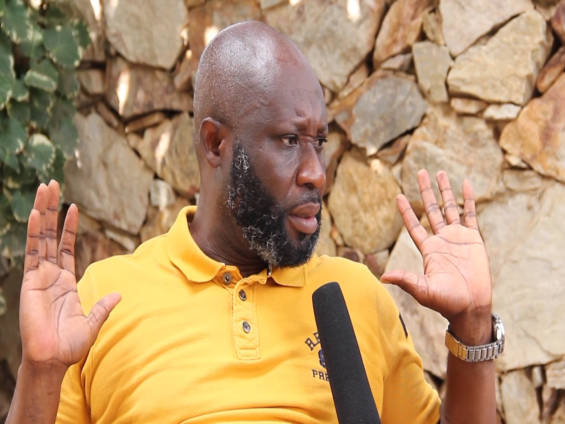 “CK Akunnor must have his peace of mind to work,” Mr Afriyie said in an interview with JoySports.

President of the Ghana FA, Kurt Okraku denied the allegations, saying, ‘no one imposes players on CK Akonnor,’ when he was questioned on JoySports Link early this month.

However, his denial appears not to have sunk well with the former Black Stars management committee chairman, who has made a clarion call for Akonnor and the team to work independently.

He claims favouritism will not help the team to succeed.

Allegations of management determining call-ups to national teams, Afriyie claims, is the reason why many prefer expatriates to handle the four-time AFCON champions.

“Let’s give him all the needed support for him to work. That is all I’m calling for,” he appealed.

“If he fails, we will all see that he has failed,” the Okyeman Planners owner continued.

During Kurt Okraku’s interview on JoySports Link, the Dreams FC shareholder emphatically stated ‘gone are the days someone will bring a list and I will give it out to be published.’

This, Afriyie claims is a testimony of how the football governing under Kwesi Nyantakyi never interfered on who should be invited to the national team.

“One of the things I can boast of is that during my time with Kwesi Nyantakyi we never interfered with national team call ups.

“We believed that the coaches were capable and competent so we should allow them to do their work,” he concluded.

George Afriyie was removed as Vice President of the Ghana FA in April 2018 after declaring his intent to contest the association’s 2019 Presidential elections, which he lost to Kurt Okraku.

DISCLAIMER: The Views, Comments, Opinions, Contributions and Statements made by Readers and Contributors on this platform do not necessarily represent the views or policy of Multimedia Group Limited.
Tags:
Black Stars squad
CK Akonnor
George Afriyie
Kurt Okraku