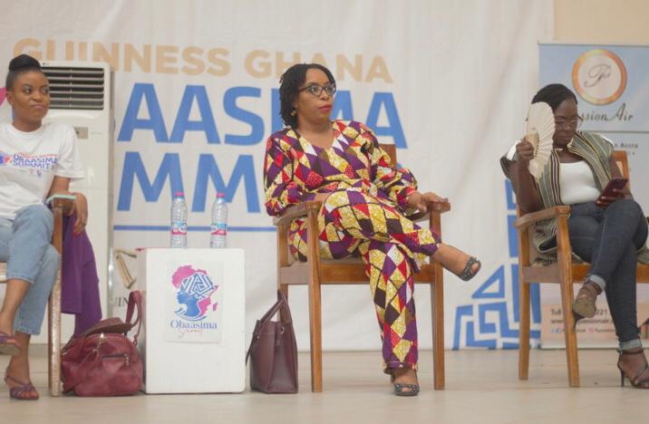 Obaasima Summit in partnership with Guinness Ghana Breweries PLC has taken its third regional campus tour for the year to the University of Development Studies, Tamale.

This year’s edition of the regional tour kick-started in the Greater Accra Region at the Ralph Sylvanus Amegashie Hall, University of Ghana Business School in Accra.

Also, another event was held on the campus of the University of Education, Winneba on Friday, March 25, at the Jophus Anamuah Mensah Conference Centre, aimed at imbibing the tenets of women empowerment in students, a directive that facilitates the progressive portrayal of women.

The Obaasima Summit campus tours are mainly geared towards empowering women on the underpinnings of synergism and teamwork, networking, oratory/public speaking, branding, preparing and acing your interviews.

Addressing attendees of the summit, former Ambassador to Italy and Former Upper West Regional Minister, Tangoba Abayage noted that, the weaknesses posed by individualism can only be defeated by the pursuance of synergism.

She espoused that, the greatest achievements chalked by humanity have been attained through the collective efforts of teamwork, hence, where there is a weakness in working alone, such weakness is complemented by strength in teamwork.

The campus tour will be held at the All Nations University in Koforidua for the Eastern Regional Edition of the tour.

DISCLAIMER: The Views, Comments, Opinions, Contributions and Statements made by Readers and Contributors on this platform do not necessarily represent the views or policy of Multimedia Group Limited.
Tags:
Guinness Ghana Breweries PLC
Obaasima Summit
Obaasima Summit Foundation