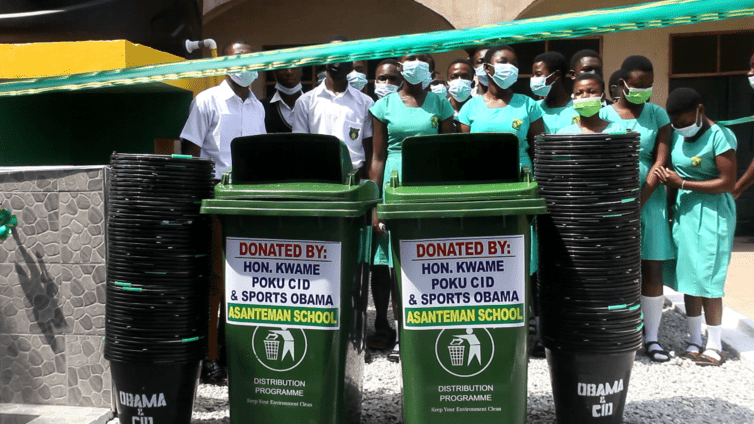 Relief has come to Asanteman Senior High School students in Kumasi after a mechanised borehole was drilled for the school.

The help comes following several reports that said that the school has been affected by water crises.

Some items, including two dust bins, 100 buckets, among other things amounting to ¢25,000, were donated to the school.

District Chief Executive for Amansie South, Clement Opoku Gyamfi, and Baba Saddick Adams, a sports journalist, made the kind gesture to the students.

Both couldn’t stand the news and so had to work together to address the challenge.

Mr Gyamfi said it was wise to help out as old students.

Mr Adams and Gyamfi are looking at other supports to address the challenges of the school.

There are also plans to construct a sports complex for the school in the future, taking into account the school’s accomplishments in every sporting discipline over the years.

The headmaster of the School, Nathaniel Antwi Asamoah, was grateful to the former students and encouraged them to do more.

He pledged the facilities would be used effectively to ensure value for money.

Mr Anwti also listed some other challenges, including inadequate classroom blocks, toilet facilities, dumping sites, teachers’ bungalows, among others, and described them as unbearable.

He called on the government, NGOs, and other individuals to come to the aid of the school.

Some of the students also expressed their excitement about the support to the school.