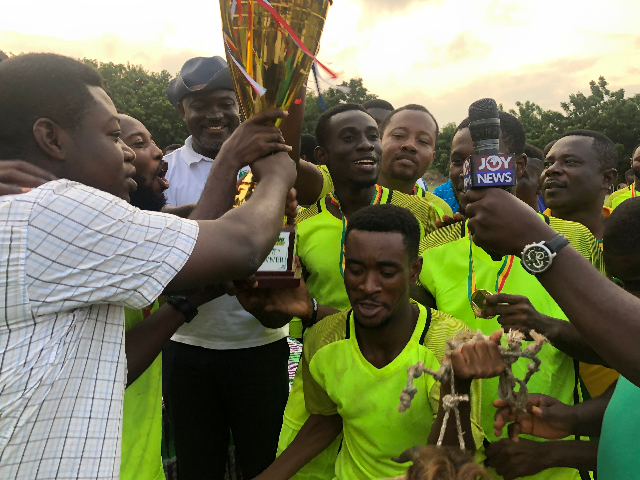 It was all fun and excitement at the University of Ghana, Legon Ajax Park on Saturday when old students of Bishop Herman College converged for the 2019 edition of the Bishop Herman Old Boys Union (BHOBU) Games.

The aim of BHOBU Games is to foster unity and establish a strong bond among the old boys of Bishop Herman College and it was no exception this year.

The old boys from different year groups came together to compete for laurels in games including football, ludo, chess, scrabble, draughts, cards and table tennis.

The events were grouped into three categories A B and C. Category A featured football for batches between 2003 and 2012.

Category B featured indoor games for all years groups while Category C, which is also referred to as elite category, saw batches between 1998 and 2002 compete in football.

At the end of the day, the 2011 year group won the Category A. In an enthralling grand finale, the 2011 Batch produced an awe-inspiring display to outclass the 2006 Year Group.

A brilliant first-half goal was all they needed to clinch victory and become the first team to successfully defend the football crown.

The 2004 Year Group emerged champions in Category B as they dominated the indoor games.

In the Elite Category, 1998 batch successfully defended the title they won last year after dominating their opponents.

“2019 BHOBU games was a huge success in terms of attendance and the conduct of participating teams. Apart from using the games to exercise and fraternize, we also use it to raise funds to support our alma mater” the INEC Chairman noted.

Enjoy some photos from Saturday’s event