One Move: Message from the Morning Man 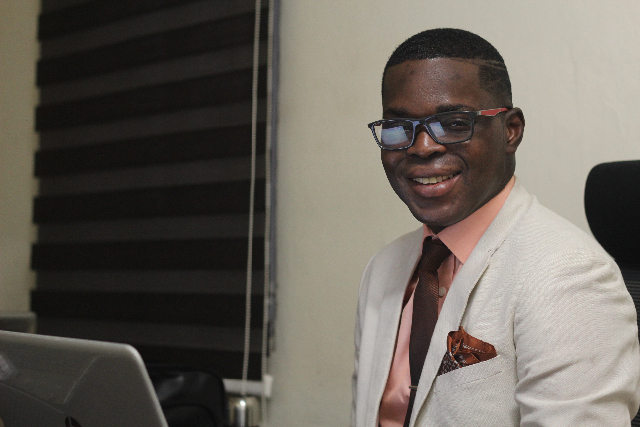 I once heard a story about a boy with only one arm. For whatever reason, this boy had his heart set on becoming a judo champion, in spite of the fact that he didn’t have a left arm.

The local Sensei took one look at him and sent him away, but the boy kept coming back every day until the old Judo Master decided to take up the challenge to train the poor lad.

One day, the Judo instructor announced that he was entering his one-armed student in the annual tournament. Now, at this point, the young lad was wondering whether his old mentor was getting a bit soft in the head. But without a word of protest, he entered the competition; secretly hoping someone would knock him out early and spare him the embarrassment. To his surprise, however, he won his first two bouts rather easily. Suddenly, our one-armed friend was in the quarter-finals.

His next fight took a bit longer, but eventually, he got inside his opponent’s guard and applied his one move with enough accuracy to floor his rather surprised opponent to win a place in the semi-finals.

That wasn’t easy either. His much bigger and far more experienced opponent landed a few painful points before losing concentration for one crucial second. That was all our boy needed. He stepped forward, applied his one move, and brought down his giant opponent with an almighty thud. And just like that, our boy was in the final!

That turned out to be an epic battle. The one-armed boy took a serious beating but somehow managed to stay on his feet. In the final round, the boy endured the pummelling of his life, but eventually, he got close enough to his opponent, grabbed him with his one hand and – just as he had practised a million times – threw him over his hip and pinned the reigning champion to the mat. After several seconds of futile resistance from his stunned opponent, the referee finally called it, and the boy with one arm was the new champion.

On their way home, the still stunned boy asked his instructor, “Sensei, tell me how I just won a national Judo tournament with just one move”.

The old Master smiled and said, “Well, first of all, you were very brave. You took a beating from some very scary opponents and worked very hard to stay on your feet. But most importantly, the move I taught you can only be countered by grabbing the attacker’s left arm. And of course, you don’t have a left arm, do you?”

So, what’s the moral of the story? It’s simple really. Every weakness can be turned into a strength – even disabilities.

When we compare ourselves to those who are doing better in our chosen fields, we often come up with several reasons why we are unable to do as well as them. Today, I just want to remind you that I the right circumstances, every single hindrance on that list can be turned into an advantage over your compatriots. In fact, even the fact that people perceive you to be handicapped can be used to your advantage, as the one-armed fighter did in the tournament.

I type rather slowly, but I make up for it by being quite meticulous. Since I take my time, I take the opportunity to check my work as I go, which means errors in my work are minimised. If I’m going to be handicapped in any way, I might as well make the most of it.

Handicaps and hindrances can sometimes be your strongest weapon. All it takes is a little bravery, a little hard work along with the ability to spot an opportunity and grab it in a split second.

My name is Kojo Yankson, and I was born with nothing, so everything I have now is an advantage, even my weaknesses.

DISCLAIMER: The Views, Comments, Opinions, Contributions and Statements made by Readers and Contributors on this platform do not necessarily represent the views or policy of Multimedia Group Limited.
Tags:
Morning Man