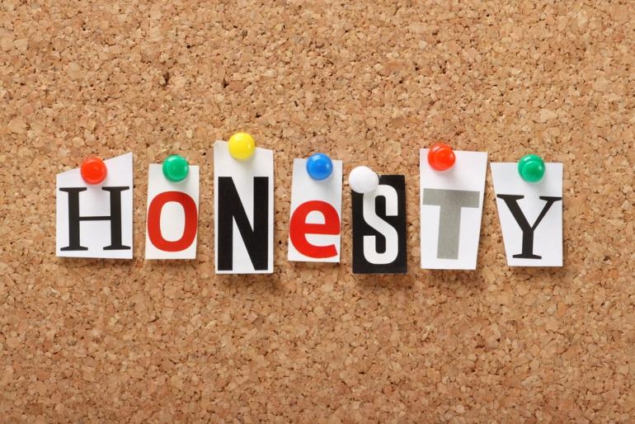 We all have at least one friend who is known for speaking their mind no matter what.

They will say exactly what they think about any situation, regardless of whom they’re talking to.

They like to think they “don’t fear huu”, and they pursue this life-long agenda of letting the world know the harsh truth about everything. They are the ones we rely on to publicly cut those we don’t like down to size on our behalf.

That’s the friend who won’t hesitate to tell you when your haircut doesn’t suit you, or your dress is too short, or your taste in music is not sophisticated, or your Facebook post doesn’t make sense, or your children don’t have any manners.

This friend is brutally honest. You know which friend I’m talking about, don’t you? No? Well, if you can’t identify such a person in your group of friends, then maybe it’s you.

Now, honesty is a good thing, isn’t it? Ok. How about brutal honesty? Is that also a good thing? I think telling the truth is very important. I also know that there is more than one way of saying anything. So if the truth must be told, then must it be told in the least pleasant way possible? If you must criticize someone’s work, or point out a flaw in someone’s logic, or give someone feedback, what stops you from choosing your words carefully and telling the same truth in a more positive way?

Is it too much hard work? Hm. Let’s think about that for a moment. When you communicate with others, what do you aim to achieve? Do you want your words to be heard, understood, and applied?

When you criticize someone, when you tell them that “inconvenient truth” that they NEED to hear, do you actually WANT them to HEAR it? Do you want them to take your observations seriously and act on them? If you do, then should you not present your message in the manner that would increase the chances of it falling on fertile ground?

Or perhaps you’re not bothered. Perhaps you don’t care whether or not your opinion is heard and accepted – you just need to let things off your chest. Well, if that is the case, then the person you’re speaking to doesn’t actually need to hear it. You can vent your spleen in the comfort of your own home and spare the feelings of the person you’re criticizing.

My friend, if you are known for being brutally honest, today, I want you to ask yourself why you do it. The answer can only be one of two: you either do it to help, or to harm. If it is to help, then there’s no need for the brutality. If you are telling someone something negative about themselves, but are expecting them to have a positive reaction to it, then you must present your negative feedback in the most positive manner.

Instead of: “Your work is bad. You gave no examples and there was no conclusion”, you could say: “There are two things that would make your work even better. First, add a few specific examples, and second, wrap up the main ideas in a short conclusion.”

Both statements may be true, but which one is more likely to result in positive action?

For some people, politeness and courtesy is just pointless window dressing, and no substitute for brutal honesty. Well, my dear friend, if you want your ideas to sell, then you definitely need good packaging for them.

Now, if after all, I’ve said, you still don’t think it’s worth your time and effort to think up nice ways of saying what’s on your mind, then I guess your “honesty” is not meant to help, but to harm. If that’s the case, then nothing I have to say will mean anything to you. But if you actually want people to hear what you say, consider your ideas and adopt your suggestions, then say them in a way that will give your words the best chance of being heard, considered, and adopted.

Words are everything, my friends. Words are how ideas are transmitted. The words you choose will determine whether you’re transmitting a disease or a cure.

My name is Kojo Yankson, and if you ever catch me choosing my words carefully, it’s because I’m choosing them for you.

DISCLAIMER: The Views, Comments, Opinions, Contributions and Statements made by Readers and Contributors on this platform do not necessarily represent the views or policy of Multimedia Group Limited.
Tags:
Kojo Yankson
Morning Man