Opanin Yaw Baah: The Constitution frowns on banishment but! 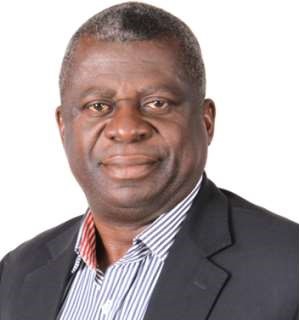 The Supreme Law of the Land (Constitution) guarantees the freedom and enjoyment of rights of its citizens. This position is buttressed by Articles 14 and 21 of the 1992 Constitution which talk of protection of personal liberties and general fundamental freedom.

The general impression among the Ghanaian populace per the interpretation of Article 270 (1-3) is that our Kings and Chiefs are Lords to themselves.

However, being an institution it is regulated by the 1992 Constitution and the Chieftaincy Act (759). This assertion is further mirrored in the famous case of Republic v Techiman Traditional Council Ex-Parte Tutu (1982-83) GLR 996 at 999 where Coussey J A then, stated that “Chieftaincy, since the British colonial administration, has been governed by statute and this has continued since independence of Ghana in 1957.

Thus, the institution of Chieftaincy, although it has evolved in accordance with customary law, has been subjected to regulation since the advent of British colonialism in the jurisdiction.

The constitution is quite explicit on the above subject and that no one or institution has the right to banish his or its subjects.

Under this forth Republic in 2007, a famous chief who is also a lawyer issued a statement banishing a Government official from his traditional area for refusing to make his representative the chairman of a local board. Such action was also repeated by another paramount chief in one of our five northern regions on his subject and his family. These acts received wide condemnation by the Ghanaian public.

About two weeks ago, Odike made a categorical statement on Oyerepa FM that imputed the character of Kumasi Traditional Chiefs of being “King Pins” in the illegal mining industry, popularly known as ‘galamsey’.

Based on this, the Traditional Council acting through the Bantamahene or Krontihene of Kumasi banned him from entering Manhyia Palace. This order has been received with mixed reactions by a cross section of Ghanaians. I can state emphatically that, the action by the Kumasi Traditional Council is totally right and that they have not violated any article of the Constitution.

It must be stressed that Manhyia is not a public place, it is a private one like any private residence.

Invitation by Kumasi Traditional Council to Odike to Manhyia

This request by the Traditional Council was unconstitutional, in the sense that Nananom were re- inventing the wheel of a law that has been revoked or repealed. Therefore, Odike’s refusal to attend to Nananom call was absolutely right.

In the celebrated case of Nana Adjei Ampofo v Attorney-General and the President of the National House of Chiefs from 2007-2011, the Supreme Court of nine judges presided by His Lordship Dr. Date-Bah agreed with the Plaintiff that “if the President of the Republic, who hold executive authority of the state has no power to subpoena any citizen of Ghana”, then who else can do so.

Hence, the section 63(d) of the Chieftaincy Act which makes it an offence when “a person deliberately refuses to honor a call from a chief to attend an issue” has been repealed by the Case Law. The Traditional council never coerced or threatened Odike to attend their call, hence they have also not breached any article of the Constitution. The matter dies by itself.

Section 63 (c) says “a person who knowingly uses disrespectful or insulting language or insults a chief by word or conduct commits an offence and is liable on summary conviction to a fine of not more than two hundred penalty units or to a term of imprisonment not more than three months or both. Of the four Declarations sought by Nana Adjei Ampofo, only one was granted and the rest were refused by the Supreme Court. Hence, all offences under section 63 of the chieftaincy Act hold good.

So where do we situate Odike’s action now? He made a fleeting and blanket statement attacking the character of Nananom in Kumasi Traditional Council. He never mentioned anyone’s name in his attack.
But can’t Nananom have the locus to hall him before the courts of the land based on Act 759 section 63 (c) for redress?

I leave it to the judgment of Ghanaians.

Oyerepa FM being a legal entity and pro-active in their business march, quickly apologized to the Kumasi Traditional Council through the Acting President Nana Boakye Ansah, the Chief of Asokore Mampong and Professor Emmanuel Asante, Ex-President of Methodist Church Ghana.

Oyerepa FM rendered an unqualified apology for creating a medium for Odike to spew such uncomfortable words in attacking Nananom.

As part of their amicable settlement and lasting peace, both parties agreed that Oyerepa FM should be off air, whilst their apology was being considered.

Within a spate of two days, Oyerepa FM was back in the air and that ends the matter. Nowhere did the Kumasi Traditional Council arrogate to itself the regulatory powers of National Communication Authority (NCA). Hence, where lies these unfair accusations?

The Forth Estate of the Realm

No Ghanaian can undervalue the pivotal role of the media, both print and broadcasting in Ghana’s current dispensation. However, there are some few journalists who have the penchant of engaging in misrepresentation and misreporting of facts. This is particularly so when the matter is coming from “certain geographical corners of the country”. Either people are deliberately being disingenuous or spicing up issues. We don’t build a nation like that.

It is my strongest conviction, that if Senior Akoto Ampaw had been ceased with the facts of these matters which arose in Kumasi, he wouldn’t have drawn such conclusions in his interview three days ago.

The unfinished business of National House of Chiefs

In the celebrated case of Nana Adjei Ampofo v Attorney-General and the National House of Chiefs, of the four declarations sought, the Supreme Court of Ghana granted only one.

Some Nananom, Togbes, Naabas, Kirous, Nenes, Wuras, Niis and others feel being jettisoned by this ruling, and that this ruling is a curtailment of their powers. This is never so. It is the clear position of the law which has been clarified.

That, section 63 (d) of the chieftaincy Act was in contravention of Article 2 of 1992
Constitution on “consistency compliance”.

The Supreme Court directed our Kings and Chiefs through Article 11 (3) and (7) of the 1992 to work assiduously with Parliament in reshaping the section 63 (d) of Act 759.

The writer is mindful of efforts put in by the chairman of Legal Committee of National House of Chiefs, Daasebre Osei Bonsu of Asante Manpong, the Wlugu Naa Professor J S Nabila and Nana Tibrukusu of Nsein, then President and vice President to ensure that new powers are crafted in a way that will be acceptable to the people of Ghana through the Constitution. It is a project that must be brought to a fruition.

The Chieftaincy Institution remains the heartbeat of the country. It is the fulcrum if not the pedestal of which the nation rest in all our national endeavors or affairs and that all efforts must be made to assist it irrespective of bumps and challenges.

The writer is a Senior Partner, Sterling Partnership and former Member of Parliament for Kumawu.