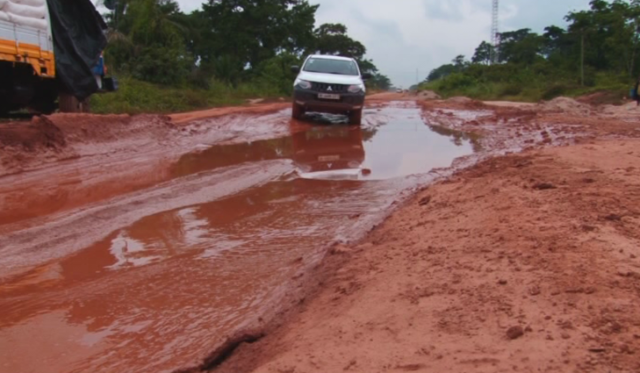 Sir, it’s been a while I wrote you a letter. I am not silent because everything is fine but because I want to allow you to have some briefing space and to see the pace you will take to begin work on the Eastern Corridor Roads.

Mr President, we the people of the Volta Stretch that has the Eastern Corridor Roads voted for you and encouraged others to do same because you jabbed the former President and the NDC on their inability to fix the Eastern Roads and how urgent you will attend to fixing it.

You made several promises again after you won power to fix it but year after year the roads get bad and horrible to use. You were on an official tour to the region just last year and I remember you made another promise to fix it in no time. No time means no time.

We don’t have the time to wait, Mr President. Businesses are collapsing because drivers don’t want to use our stretch of road.

Petty trading, which was enough to replace your livelihood empowerment programmes at bus stops along the Eastern Corridor roads, has folded up because nobody patronises their goods and services.

Drivers who sacrifice to use the roads end up damaging their vehicles severely. Some drivers who use long alternative routes end up dying on the Fume mountains because of the dangerous nature of the roads on the mountains. People are dying Mr President.

We love and appreciate your free SHS education but fix the road next.

This will revive business and save lives. This will save us from the mockery from others.

This will make us visit home often to be with loved ones.

Farmers will be happy because they can now sell their produce in the cities and fend for themselves and households.

Fix the Eastern Corridor Roads also to see growth in our GDP.

Mr President, you are a wise man and I know you know all these suffering your people are going through so I won’t send talk a lot; just live to your side of the bargain and fix the Eastern Corridor Roads Now.

We have lived our side of the bargain by voting for you and paying our taxes. We are Iaw abiding and try to be good citizens.

Fix it now but not during the election year just for votes. We are more discerning now (Please ask Ex President Mahama about us).

Next time I will write to you, hopefully, it will be to thank you for doing the right thing.