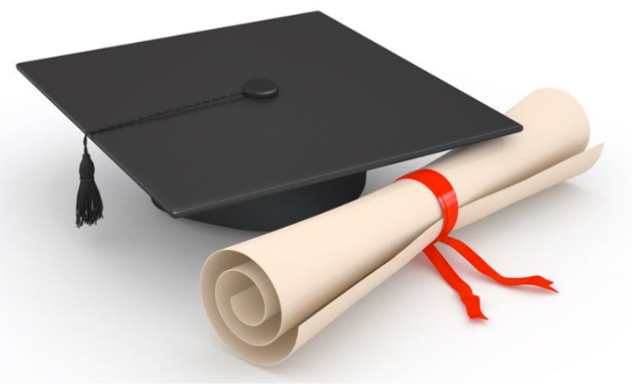 Too soon, the first month of 2020 is passed. There have been disappointments and some upliftments. Resolutions met and unmet, one of the highs of the month of January worth remembering is the matriculation of 59 inmates of the Nsawam medium-security prisons by the University of Cape Coast (UCC).

High because taking academic offers to the doors of prison is quite unheard of. If anything, what one is quite familiar with is taking the Word of God there to convert convicts. The prisons ministry is quite familiar.

And so the idea of getting prison inmates to gainfully occupy their time academically while serving prison term deserves commendation. Gone are the days when convicts were seen as a good for nothing, an embarrassment and a disappointment to the family.

Prison confinement is traditionally seen as a correctional centre. However, training offered inmates had been in certain traditional trades like carpentry, tailoring, farming, baking, masonry and others. Education which would lead to diplomas or higher academic certificates was hardly in the picture. Things are changing for the better and delightfully, UCC has taken the bold initiative to offer distant learning at diploma level to the inmates of Nsawam medium-security prisons.

The news came to light a few weeks ago, where 59 prisoners reportedly went through a matriculation ceremony at the Nsawam prisons to study as distant students of UCC. They were enrolled to pursue various diploma courses in Business and Education through the university’s Distance Learning Programme. The first batch of students was sworn in during the matriculation by the Vice-Chancellor, Dr Joseph Ampiah.

This is the first time in this country that tertiary education has been taken to the doorsteps of prison inmates. This should be a new opening for prison inmates who are academically inclined. The gesture of UCC is exciting for the reason that we are thus admitting that there is value in every individual. People are thrown into jail for petty offences or are there because of a wrong judgment but that does not mean that they should waste away.

In 2011, I followed up on a story of a woman who was slapped with a death sentence for allegedly murdering her husband despite her alibi and strong evidence from witnesses in the village. When I met with her at the Nsawam prisons, she was 82 and had been in jail for 32 years. Her children who regularly visited had spent a lot on lawyers to plead their mother’s case and gave up on a justice system that was getting them bankrupt with no end in sight. The woman resigned to her fate hoping that one day she would be considered for parole.

Juxtaposing her case to today, such a convict, if so inclined, could have used her 30 years in prison profitably by acquiring some formal education and beyond. At the time I met her, she had learnt bakery and spent years at the prison’s kitchen baking bread and other stuff for fellow prisoners. At 82, she had passed on her skills to subsequent female inmates.

Though the initiative of UCC is brilliant for determined inmates who see life beyond incarceration, one could imagine some practical challenges with distant learning in that confined environment. Would they have ready access to internet services for learning and research purposes? How about a library and other learning facilities like tables and chairs, quiet study rooms with good lighting?  Hopefully, all these and more have been taken into consideration by both UCC and the prison management.

Indeed, where there is a will, there is a way. The 59 inmates are on the verge of writing history. Hopefully, employers would reward their efforts as they readily offer them opportunities in the job market. Their examples would be a benchmark for any future distant learning programmes with inmates at any of the country’s prisons.

Our universities, both public and private, should begin to take a cue and open their doors to many more of such initiatives not only for prison inmates but also for inmates of other correctional institutions around the country. It is a way of helping the disadvantaged to take advantage of their situations and see them as steps to better their lot. After all, the devil, they say, finds work for idle hands.

Being a convict should not be the end of one’s life opportunities. The pioneer 59 have shown that life indeed is what one makes of it for they were in prison and they received higher education.

DISCLAIMER: The Views, Comments, Opinions, Contributions and Statements made by Readers and Contributors on this platform do not necessarily represent the views or policy of Multimedia Group Limited.
Tags:
Prison