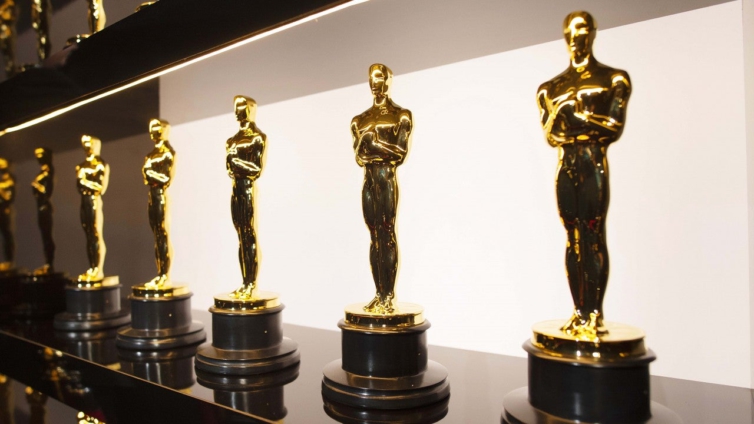 “CODA” made history on Sunday, becoming the first movie from a major streaming service to win an Oscar for best picture.

Its victory at the 94th Academy Awards provides a potent illustration of tectonic changes taking place in Hollywood, a shift in the way that movies are made and distributed that has been accelerated by the COVID-19 pandemic.

At a time when the movie business is under pressure to widen its aperture and tell more stories about people of colour and underrepresented groups, “CODA’s” win was barrier-breaking in other important ways.

The movie, which centres on the only hearing member of a deaf family’s relationship with her parents and brother, has been heralded for its sensitive depiction of the disabled community and its use of deaf actors.

“CODA” ran the table, converting all three of its nominations into wins, nabbing a best-supporting actor prize for Troy Kotsur and a best-adapted screenplay honour for Sian Heder, who also directed the movie. Its average may have been impressive, but it was “Dune,” an ambitious adaptation of Frank Herbert’s sprawling sci-fi novel, that had a leading six wins. All of its victories came in technical categories such as sound, score and editing.

It was an evening of milestones and meme-able moments, none more social media-melting than the slap heard around the world. Will Smith was named best actor for his performance as Richard Williams, the hard-driving father of tennis greats Venus and Serena Williams, in “King Richard,” but his big night was overshadowed by a bizarre unscripted moment.

At one point, the actor strode to the stage and hit Chris Rock after the comic made a joke about his wife Jada Pinkett Smith being in a sequel to “G.I. Jane” due to her close-cropped haircut. Pinkett Smith has talked openly about losing her hair due to alopecia.

“Leave my wife’s name out of your fucking mouth,” Smith screamed at Rock. After winning his prize, Smith apologized to the Academy of Motion Picture Arts & Sciences, the non-profit behind the Oscars, and his fellow nominees, but also sought to explain his outburst.

Jessica Chastain earned best actress for her chameleonic turn as televangelist Tammy Faye Bakker in “The Eyes of Tammy Faye.” While accepting her prize, Chastain cited Bakker’s history of championing gay men and AIDS patients at a time when many members of the evangelical community did not share her belief.

“Suicide is a leading cause of death in the United States,” Chastain said. “It’s touched many families. It’s touched mine. And especially members of the LGBTQ community who oftentimes feel out of place with their peers. We’re faced with discriminatory and bigoted legislation that is sweeping our country with the only goal of further dividing us. There’s violence and hate crimes being perpetuated on innocent civilians all over the world. And in times like this, I think of Tammy and I’m inspired by her.”

Best supporting actress went to Ariana DeBose for playing the passionate Anita in “West Side Story.” It was the role that won Rita Moreno the same prize for her work in the 1961 film version of the popular musical. DeBose made history, becoming the first queer Afro-Latina actress to win an Oscar.

She acknowledged that milestone in her speech, noting that her journey to the podium was an example of a person “..who found her strength in life through art.”

“To anybody who has ever questioned your identity or you find yourself living in the gray spaces, I promise you this — there is indeed a place for us,” DeBose concluded, referencing one of the most famous songs from “West Side Story.”

And Kotsur also made history, becoming just the second deaf actor to win an Oscar. “Children of a Lesser God’s” Marlee Matlin, the only other deaf performer to win an Oscar and the actress who played his wife in “CODA,” looked on from the audience.

“This is dedicated to the deaf community, the CODA community and the disabled community,” Kotsur said. “This is our moment.”

“CODA” was released by Apple TV Plus, the streaming arm of the Silicon Valley leviathan, which launched just three years ago as part of a new wave of Netflix challengers. Netflix, which entered the Oscars ceremony fielding best picture nominees such as the ecological satire “Don’t Look Up” and the revisionist Western “The Power of the Dog” fell short of capturing the top prize, an honour that also eluded previous Netflix releases such as “Roma” and “The Irishman.”

However, “The Power of the Dog,” which had a leading 12 nominations, snagged a best director win for Jane Campion. She became only the third woman to earn the prize, joining a tiny club that also includes Chloe Zhao (“Nomadland”) and Kathryn Bigelow (“The Hurt Locker”). It was the only statue that Netflix picked up at the ceremony.

The theme of this year’s Academy Awards was “movie lovers unite,” and it remains to be seen how many film fans heeded the call.

The 2021 edition of the Oscars was the lowest rated in history, attracting a paltry 10.4 million total viewers, a 56% drop from the previous ceremony. It did have the misfortune of airing before vaccines were widely available — the show was held in L.A.’s Union Station with only a small group of nominees and presenters invited to attend in person.

With COVID restrictions easing, this year’s celebration of movies returned to the cavernous Dolby Theatre. In an effort to streamline the ceremony, producer Will Packer opted to hand out eight prizes, including awards for below-the-line categories such as production design and hair and makeup, before the live telecast.

Their acceptance speeches were later shown in edited form during the broadcast — a move that attracted controversy. If it was intended to shave the running time, it didn’t work. The broadcast stretched past the three and a half hour mark.

Though the spirit inside the Dolby was largely festive (with the exception of the shock that greeted Smith’s slap), there were a few allusions to the violence conflicts and political divisions that are roiling the country and the world.

The broadcast included a moment of silence for Ukraine, an acknowledgment of Russia’s illegal invasion of the country. And hosts Wanda Sykes, Amy Schumer and Regina Hall used the opening monologue to poke fun at Republican Governor Ron DeSantis and Florida politicians’ efforts to ban classroom instruction about sexual orientation or gender identity to children in third grade or younger.

It’s an effort that resulted in a near staff revolt at the Walt Disney Company, with employees decrying the conglomerate’s history of financially supporting many of the same legislators who backed the legislation.

“For you people in Florida, we’re going to have a gay night,” Sykes joked before her co-hosts joined her in saying, “gay, gay, gay.”

With COVID upending the theatrical landscape, many of the movies up for major prizes such as “Licorice Pizza,” “West Side Story” and “Belfast,” the winner of best original screenplay, struggled to convert rave reviews into ticket sales. Others embraced hybrid distribution strategies, with the likes of “Dune” and “King Richard” debuting simultaneously in theatres and on HBO Max.

Even “CODA,” the night’s big winner, debuted on Apple TV Plus at the same time it opened in cinemas. That’s where most people saw the film. “CODA” earned a meagre $1 million at the box office. And while Best Animated Feature winner “Encanto” may have opened in theaters, it stumbled at the box office only to get a second life when it started showing on Disney Plus and TikTok users embraced its insanely catchy song “We Don’t Talk About Bruno.”

Even as the Oscars embraced its streaming future, the broadcast also honored the art form’s history, bringing back the casts of classics like “The Godfather” and “Pulp Fiction” and celebrating the 60th anniversary of James Bond with an incongruous presentation featuring skateboarder Tony Hawk, surfer Kelly Slater and snowboarder Shaun White. But even that venerable spy franchise isn’t immune to change.

This month, Metro-Goldwyn-Mayer, the distributor of the 007 films, closed an $8.5 billion sale to Amazon, one of the tech giants reshaping the movie business.

“Flee” (Denmark)
“The Hand of God” (Italy)
“Lunana: A Yak in the Classroom” (Bhutan)
“The Worst Person in the World” (Norway)

“Summer of Soul (…Or, When the Revolution Could Not Be Televised),” Ahmir “Questlove” Thompson, Joseph Patel, Robert Fyvolent and David Dinerstein (WINNER)

“No Time To Die” from “No Time to Die,” music and lyric by Billie Eilish and Finneas O’Connell (WINNER)

Jane Campion (“The Power of the Dog”) (WINNER)

Javier Bardem (“Being the Ricardos”)
Benedict Cumberbatch (“The Power of the Dog”)
Andrew Garfield (“Tick, Tick … Boom!”)
Denzel Washington (“The Tragedy of Macbeth”)