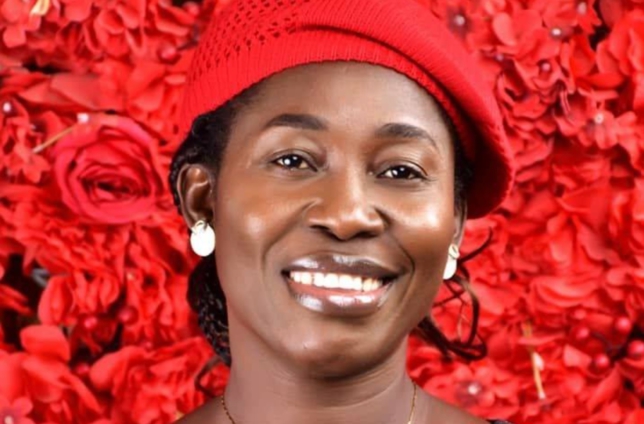 On Thursday, Grace Nnaji, a neighbour of the late gospel singer Osinachi, told an FCT Court in Abuja that the singer, on several occasions, begged her not to report her husband, Peter Nwachukwu’s abuse.

Ms Nnaji, a tailor, told the court that she met the singer when her husband approached her to sow a dress for her.

Ms Nnaji, while giving her testimony led by the prosecution counsel, Aderonke Imana, said she became close to the deceased as her shop and residence were close to the Nwachukwu’s house.

“The first time in 2014, when Nwachukwu brought her for her measurement when they got to the house, he said idiot, come out for your measurements,” she stated.

Ms Nnaji said that she was shocked that it was his wife he referred to as an idiot.

”Ekwueme, as I used to call her, came to my shop one day with injuries on her daughter’s head, and she told me that the defendant pushed her and the child into the wall. The daughter had a fever at the same time, and I was the one that gave Ekwueme money to buy drugs from the pharmacy to give her daughter.”

Ms Nnaji added that “another time, she came and showed me injuries on her back and told me that Peter kicked her on her back with his leg and slammed into the wall with her chest. One day, she ran to my house at about 5 am and said that she locked her door the previous night, and he kicked it open with his leg and proceeded to hit her on her chest. She fell to the floor and remained there crying until she slept off.”

She further said the defendant was in the habit of locking his wife out whenever she went to church and would be at the gate knocking for hours.

She added that, at times, it would take the intervention of neighbours before she would be allowed in noting that on one occasion Osinachi sat over at her place for two days after her husband he refused to let her into the house.

She also testified that Mr Nwachulwu at a point left Osinachi in church after a vigil and while she was trying to find her way home, she was attacked by hoodlums who disposed of her phone and bag.

”When Ekwueme got home and told him about the incident, he said you are lucky you were not killed as that would have been the best thing that could have happened to you,” Ms Nnaji alleged.

Ms Nnaji alleged that Osinachi was afraid to report the abuse because the defendant threatened to kill her brother and destroy her reputation.

Ms Nnaji also said that when she told the singer to report the abuse to the police, her family, her church and a human rights radio, she refused.

”When I told her that I was going to report to the church, she begged me not to, saying that her husband would change,” she added.

Speaking about when the deceased was ill, she said she had to sneak into her house to help her clean the house to avoid the defendant getting angry and complaining about an untidy home.

When the witness was asked about the nature of the defendant’s job for which he was always home she said that “I asked Ekwueme, and she told me that her husband was her manager and that he does not have any other job.”

The defence counsel, I. A Aliyu, slated to cross-examine the witness after the prosecution was through, craved the court’s indulgence to adjourn until Friday.

However, the judge, Njideka Nwosu-Iheme, stepped down the matter until 2:30 p.m.

The News Agency of Nigeria (NAN) reported that two former employees of the deceased testified for the prosecution on Wednesday and alleged that the defendant verbally and physically abused the late singer.

NAN also reported that Mr Nwachukwu is standing trial on 23 count charges bordering on domestic violence and culpable homicide and is accused of being responsible for the death of the late gospel singer who was popularly known for her song “Ekwueme”.

Mr Nwachukwu has been remanded at the Kuje Correctional Facility since April after his wife’s death.