Over 200 structures flattened by private developer in Kumasi - MyJoyOnline.com

Over 200 structures flattened by private developer in Kumasi 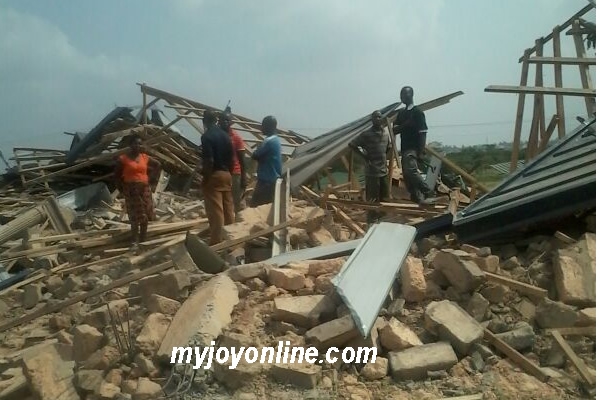 Over 200 structures were pulled down at the Adehyeman Gardens near Kejetia in the Ashanti Region, early Sunday.

The demolition was supervised by a team of military and police personnel drawn from the Ashanti Regional Command.

A private developer, Osei Kwame is claiming title to the land, according to Luv FM's Erastus Asare Donkor.

Erastus reports that dozens of traders, who mostly deal in second-hand clothes, have been left stranded after they woke up Sunday to find all their wares totally destroyed.

The traders claim they werenot served any eviction notice prior to the demolition. They said the property is in contention at a Kumasi court pending final determination on February 25, 2014.

City authorities say they have taken by surprise and that they are unaware of the exercise.

"It is difficult salvaging one item for use…the KMA seems not to have an idea; they are not aware, they do not endorse it", Erastus reported.