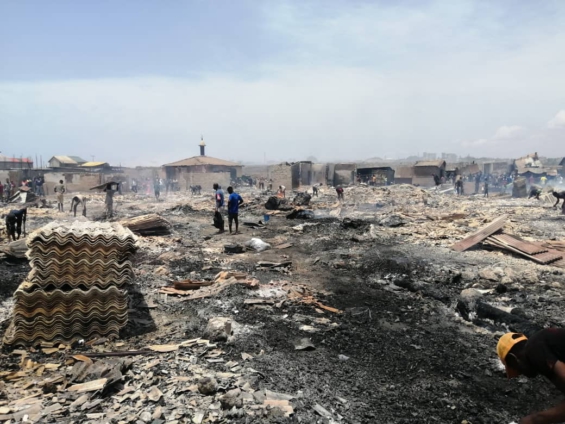 Over 800 wooden structures which serve as accommodation for residents of Old Fadama, have been engulfed by fire.

The ravaging fire, according to eyewitnesses, started around 2am on Tuesday and destroyed properties worth hundreds of thousands of Ghana cedis and left numerous slum dwellers homeless.

He further added that, the first fire tender to respond to their call arrived at the scene but empty.

“My friend told me that they started calling the fire service since the fire started but after several calls, only one tanker came and it had no water so we had to resort to water from the pipes to douse the flames.”

According to JoyNews’ Kwesi Parker-Wilson, firefighters have battled the inferno but with little success. The cause of the fire is yet to be investigated.