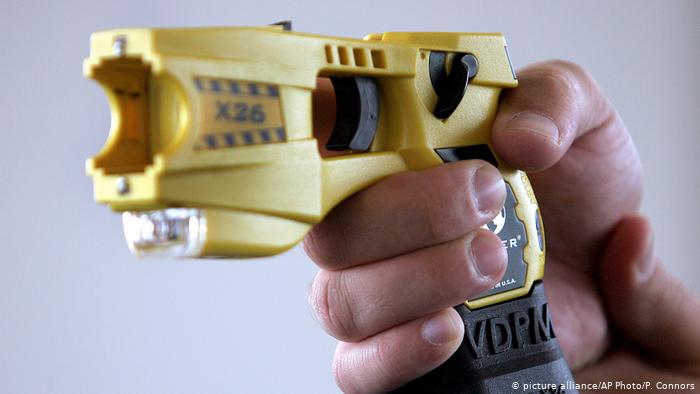 With a rising number of rape cases across the country, and the authorities’ failure to punish the culprits, women in Pakistan feel more insecure than ever. Some women are now learning self-defense techniques.

Rights groups say that more women are now opting to learn self-defense techniques than before, with sales of tasers and pepper spray on the rise in the country.

Violence against women is widespread in Pakistan. The South Asian country ranks sixth on the list of the world’s most dangerous countries for women.

According to media reports, more than 51,241 cases of violence against women were reported in the country between January 2011 and June 2017. Conviction rates, meanwhile, remain low, with the accused in just 2.5% of all reported cases ending up being convicted by the courts.

On September 9, two men dragged a woman and her children out of their car on a highway, raped her in front of her kids and robbed her. The incident took place near the Eastern city of Lahore.

A call for help to police did not receive a response, a family member said. Lahore’s police chief, Umer Sheikh, sparked an uproar after he said that the crime was the woman’s fault as she left the house at night and drove on an empty road.

Sheikh said no one in Pakistani society would “allow their sisters and daughters to travel alone so late,” and that the victim, a resident of France, probably “mistook that Pakistani society is just as safe” as the European country.

“The government officials, whose job is to protect us, blame the victim. That is why we think that we must protect ourselves; the state won’t,” Noor Shahid, a 23-year-old digital marketer, told DW.

Shahid launched a non-profit organization after the Lahore highway rape incident. Herfazat (Her Protection) sells tasers and other self-defense equipment to women at affordable prices.

“There has been a demand for more than 500 tasers. I could not keep up with my supply, so I stopped marketing it. I’m still coordinating with my vendors, but even they say they are out of stock,” she added.

Waseem Jatt, who has been selling self-defense equipment for years in Hyderabad city, says the sales of tasers have skyrocketed after the Lahore rape case. His customers include individual women and non-government organizations working on gender rights issues.

“It is true that we started marketing our products more toward women after the Lahore incident because we saw a demand. At the same time, I feel ashamed at the way men act towards women, so I wanted to play my part in helping women protect themselves,” Jatt told DW.

“After the Lahore police chief’s comments, it became clear to me that we live in a place where men are allowed to behave badly,” she said, adding that she was also interested in taking self-defense classes.

Thirteen-year-old Hira*, a resident of Karachi city, was kidnapped by a child prostitution ring in 2017. The kidnappers were her neighbors, whom she and her family had trusted.

Hira told DW that she was given drugs and then repeatedly tortured and gang-raped for five months.

“I was going to the market to get medicine for my ailing mother, when the neighbors forcefully took me in their car. When I woke up, I found myself all tied up. There were two other girls and a boy with me,” she said.

Asiya Munir, a lawyer working on Hira’s case, told DW that violence against women has risen considerably in Pakistan in the past few years. At the same time, more women and families are now reporting these incidents, she added.

Munir says most rape survivors don’t trust police and the judicial system. “It is high time that women learn to defend themselves. My organization has organized a few self-defense classes, but we cannot afford more long-term trainings due to financial constraints,” she said.

Hira says she could probably have saved herself had she known some self-defense techniques. “I think all girls and women should learn how to protect themselves,” she stressed.

Editor’s note: The rape survivor’s name has been changed to protect her identity.

DISCLAIMER: The Views, Comments, Opinions, Contributions and Statements made by Readers and Contributors on this platform do not necessarily represent the views or policy of Multimedia Group Limited.
Tags:
Pakistan
Pakistani women
Rape
Self defense