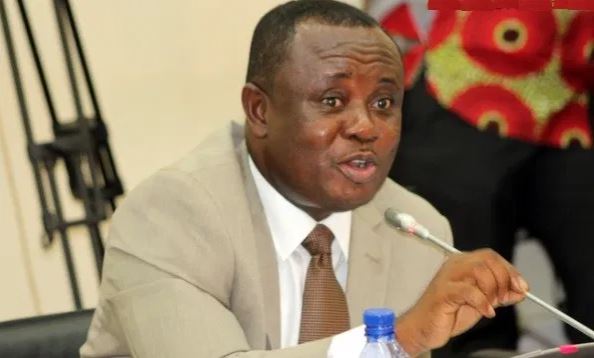 Depending on how events of the day go, the Chairman of the Committee, Joseph Osei Owusu has said the Education Minister-designate, Dr Yaw Adutwum is likely to also appear before them today.

“There is pressure on us to re-arrange and bring in the Education Minister because of Covid-19-related issues in the schools and so on.”

Even though the initial plan was to vet two people each day, Mr Osei Owusu noted the new development will make way for government to get the ministries which are in urgent need to get to work on time.

He also indicated that due to the surge in Covid-19 cases, the Committee expects the nominees to show up with just their spouses.

“As much as possible, we want to reduce the risk to members and visitors, so we expect the candidate to come alone to the Chamber.

“We originally announced five persons but it may not be possible in view of the escalation of cases we have in Parliament, maybe at best, we can admit a candidate and a spouse.”

Meanwhile, some legislators including New Juabeng South MP, Micheal Okyere Baafi, is optimistic all nominees are well prepared for the task ahead.

“I am so sure and confident that they will be able to perform well,” he said.

For Nhyiaeso MP, Stephen Amoah, wants all the stakeholders involved to put the nation first so “that the vetting will be done such that it will be in the interest of the state.”

“Those who are going to be vetted should prove that they have the capability and are ready for the job.

“They should also prove to the world that they know what they are about,” he advised.

Ibrahim Murtala Mohammed, the Tamale Central MP, expects the Committee to pay attention to the demeanour of the nominees while they are being vetted.

DISCLAIMER: The Views, Comments, Opinions, Contributions and Statements made by Readers and Contributors on this platform do not necessarily represent the views or policy of Multimedia Group Limited.
Tags:
Akufo-Addo
Appointments Committee
Members of Parliament
Ministerial Nominees
Parliament