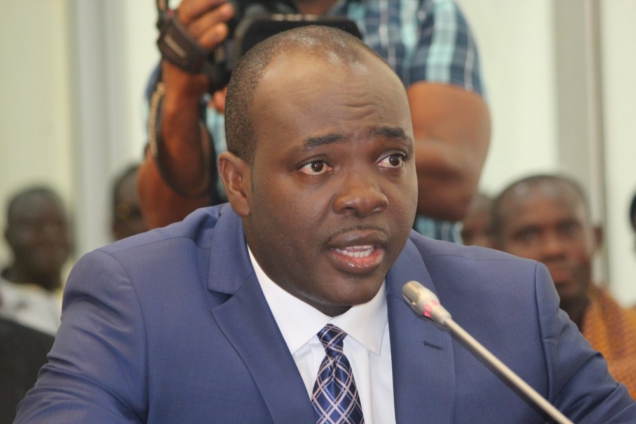 Chairman of the Parliamentary Select Committee on Works and Housing, Isaac Asiamah has said his committee will present a comprehensive report on the tidal waves which affected some communities in the Volta Region.

Speaking to journalists after visiting communities affected by the tidal waves in the Volta Region on Wednesday, November 18, 2021, Mr. Asiamah noted that the situation must be treated as a national emergency.

According to him, the committee will present to Parliament its findings, observations and recommendations for immediate action to be taken.

“This calls for a national emergency. For me, it is a national emergency and action needs to be taken quickly. As I said, Parliament has sent us. Our job is to make the findings, observations and recommendations to parliament for action to be taken on those recommendations, an immediate action of course. So we are going to write a compliancy report that covers all that we have seen and observed from this trip.

“This committee is concerned about the plight of Ghanaians. We are going to do whatever it takes to make issues of tidal waves a national priority,” he told the press.

He added “We are going to come up with a comprehensive report which will be presented to Parliament from there the issue will be made a national emergency. We need to treat this as an emergency and find a remedy for it.”

Communities such as Abutiakope, Kedzikope and Keta Central were largely affected as residents were left homeless and with nothing to salvage.

At least 3,000 people in Keta Municipality were affected.

Former President John Dramani Mahama has also donated 2,000 bags of rice, 2,000 student mattresses, 1,000 cans of tomato paste, 1,000 gallons of cooking oil and other items to victims of the tidal waves in Keta, Anlo, and Ketu South.