Partey says three points is what matters the most 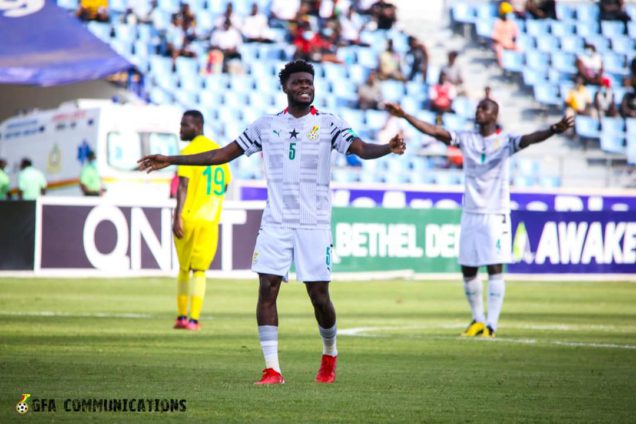 Arsenal midfielder Thomas Partey found the net for the Black Stars as they came out victorious against Zimbabwe in the 2022 World Cup Qualifiers on Saturday.

Partey intercepted the ball in Zimbabwe’s half before going past two players to slot the ball into the net. His goal helped Ghana regain the lead.

Partey partnered with Andre Ayew and Mohammed Kudus in midfield which was a rare pairing. That was not the only call for the new head coach of the Ghana Black Stars, Milovan Rajevac . The Serbian made an unexpected decision of starting debutant Jojo Wallocot of English fourth tier side Swindon Town. The 25-year-old shot stopper was impressive and was full of praise by his head coach.

“Today he was at the top of his game. I am satisfied with his performance. I don’t want to praise the goalkeeper too much but he really did a good job.”

Rajevac added, “First of all, he [Wallocott] is a result of good scouting and since he arrived, he proved himself at the training sessions. He really did a great job and deserved his chance” explaining his decision of starting the young keeper.

Partey and the Black Stars will look to grab another victory against Zimbabwe as they play on Tuesday in Harare. A victory will be very helpful as they look to keep their World Cup hopes alive.