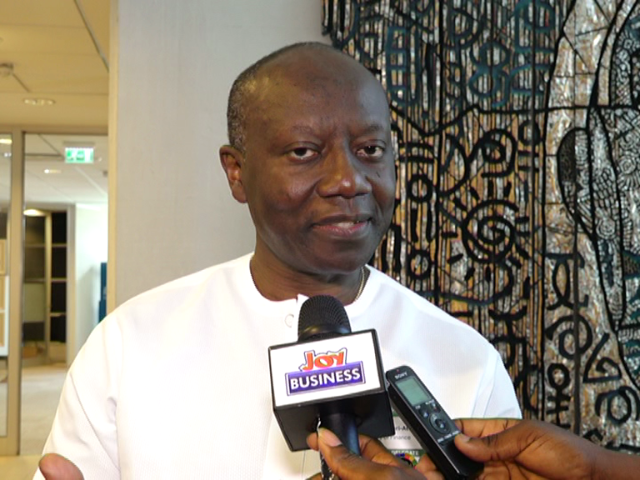 Finance Minister Ken Ofori-Atta has said he does not expect economic and political ties between Ghana and the US government to be affected despite the termination of the Power Distribution Services (PDS) agreement.

According to the Minister, the relationship between the two countries goes beyond differences over how the power deal should be structured.

“The Republic of Ghana and the United States of America are truly long-term partners with a shared vision of a Ghana Beyond Aid and the USA’s principle of a ‘Journey towards Self-Reliance’,” he said.

He also noted that the relationship between Ghana and the US was anchored by the emergence of Ghana as a pillar of stability in West Africa and on the African continent.

Mr Ofori Atta added that “there are periods that we will have differences, but does not mean you don’t remain as partners.”

The government last week announced the cancellation of the PDS concessionaire over what it describes as challenges with the financial guarantee provided for the deal.

However, this has not gone down well with the US government.

Spokesperson at the Embassy, Naomi Mattos, told JoyNews’ Kojo Yankson that the first statement issued by the American government established that Meralco be maintained in the deal was the outcome of its series of meetings with Ghana government officials.

The government signed a concession agreement with PDS in March 2019, handing over more than GH¢22 billion in assets of the Electricity Company of Ghana (ECG).

But by July 2019, PDS was suspended after the government said, per contract terms; it failed to provide demand guarantees as proof of its financial ability to run ECG.

Possible cancellation of future financial support from US

Speaking to Joy Business the minister also argued that other financial commitments and technical support would not be affected.

The minister also disclosed to Joy Business that the cancellation of the remaining funds under the Millennium Challenge Compact could have any negative impact on the budget, adding that the government would explore other measures to deal with the expected funding gap as a result of this cut in financial support.

The Finance Minister also disclosed to Joy Business that the government was working to present an action plan on a new private sector participation in ECG by November 15 2019.

Mr Ofori-Atta added that they are working hard to ensure that they avoid the challenges that confronted the PDS concession while looking at instituting a broad Ghanaian institutional participation.

He added that there are plans to explore shared ownership, with the plan of listing it on Ghana Stock Exchange.

The Finance Minister gave the assurance that whatever plan would come out next month will be accepted by all stakeholders and would be in the interest of Ghana.

DISCLAIMER: The Views, Comments, Opinions, Contributions and Statements made by Readers and Contributors on this platform do not necessarily represent the views or policy of Multimedia Group Limited.
Tags:
Ghana-US relationship
Ken Ofori Atta
PDS cancellation