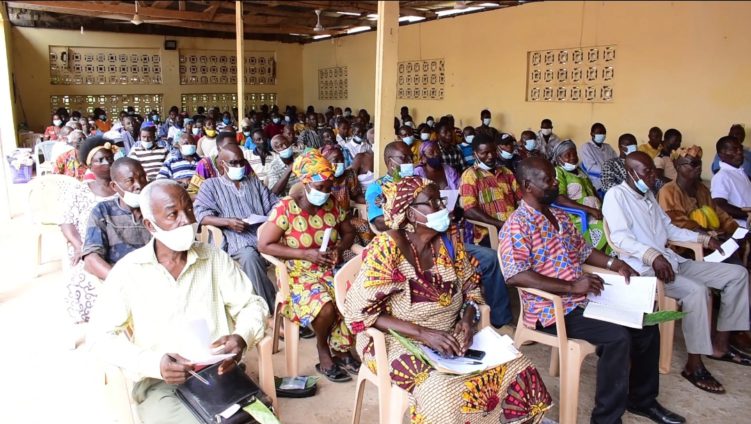 Cocoa farmers in the Peki Traditional Area in the South Dayi District of the Volta Region have appealed to the government to support them with incentives to enhance their production.

They believe this would propel the growth of the local economy, which would have a replicate effect on their livelihoods and the government’s income basket.

Peki was one of the popular communities in the southern part of Ghana during the post-colonial era.

This was due to the mass production of cocoa, where most residents engage in cocoa farming.

The cash crop was the nerve of the local economy due to this harnessing development to the traditional area in the South Dayi District of the Volta Region.

The Volta Regional Director of the Produce Buying Company, Felix Bonnie, explained that the 1983 bush fire and construction of the Akosombo Dam had a devastating effect on farmlands used for cultivating the cash crop.

In a bid to revive the cocoa driven economy and restore the area’s glory, cocoa farmers have established an umbrella body.

The initiative is to help them form a synergy to facilitate the production of the cash crop.

The Chairperson of the Peki Cooperative Cocoa Farmers, Bobby George Ranford Peki, said the group seeks to promote the farmers’ agenda by ensuring they receive the requisite inputs to enhance productivity.

“We are appealing to the government and the COCOBOD to send more weed blowers and slashers so that it will energise us to enlarge and increase our cocoa farms so that this operational area will come to its own as it was in our forefathers time”, he said.

He said he aims at creating jobs for the youth through the government’s programme being implemented in the agriculture sector.

The Volta Regional Director of the Produce Buying Company, Felix Bonnie, indicated that COCOBOD has sent a technical officer to support and advise the farmers on producing quality beans and increasing their yields.