People and Piles (P and P) 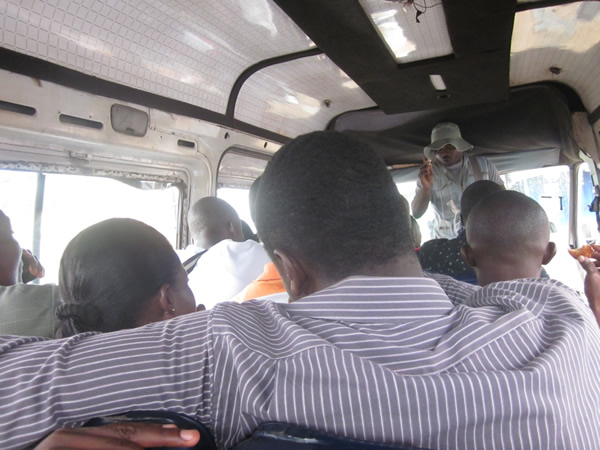 Only recently have I seen a certain British bank advertising. In fact at one point in time, about 5 banks were running a promotion with a common theme: open an account with the bank and with the help of NLA you could win huge cash prizes. I started saving with that bank because my dad had an account with that bank, so making transfers was easier. My 3 other siblings including my mother have accounts with that bank too. Once the opportunity came, we opened accounts with banks of our choices.

In other words, at some point, in order to become competitive or remain so if you already were, you have to advertise.

Sometimes too, you really don’t need to advertise if you know your product or service is exceptional or you are the sole provider of such. In the end however when competition catches up with you, you will advertise even if you have to put your product on a bus- SMART (not necessarily and MMT bus).

I have previously written about vendors of both herbal and orthodox medications I have encountered on buses. Since then, I have encountered even more. Some boarded the vehicle from the circle station and alighted around Suhum. Some boarded in Nkawkaw and alighted many kilometres therefrom. Covering such distances would mean that paying to return to base isn’t a headache. In short, there is profit to be gained. The forte of such traders is advertisement. I haven’t studied advertisement, but I know whoever strikes a chord with his audience, and talks about pleasant issues of interest will most likely win their hearts. And that my audience, is their modus operandi. I hope I have struck a chord with you, my reading audience, so lend me your ears.

I encountered one very savvy vendor, a connoisseur of sorts, a doyen in his field-an aficionado. His product was black seed. He asked anyone of us with google to search for it and its medicinal properties. Boy, did he sell.

The most abused disease ‘kookoo’. I refuse to be tempted to use the word, hemorrhoids or piles, because what I have heard and continue to hear, from the description of herbalists, is something else. It is as if there is a textbook somewhere or an online resource or a large pharmaceutical company telling all who sell what to say, because they all say nearly the same thing. For example, the ‘kookoo’ I hear about can grow on the tongue, can appear on the eyes and cause itching, can appear in the spine and cause waist pain and sexual problems (should have begun with that because it features most prominently), can appear in the womb as fibroid, can appear in nerves and cause tingling sensation, can appear as hernia. In fact, ‘kookoo’ explains any and every symptom.

One herbalist warned anyone who had hernia, or knew someone who did, not to seek surgery because remedy is simple- his drug. He asked rather cheekily, whether we hadn’t all seen a case of hernia which resulted in surgery, yet recurred. Of course we all have. I stopped short of interrupting his speech because, tackling the symptom of a dysfunctional system, was really going to be myopic and possibly  backfire in a bus filled with people whose trust this seller had so eloquently earned.

Herbal medicines are effective, evidenced by the fact that our forefathers relied on them successfully to treat certain ailments. Also, we currently still use them for certain ailments. My problem is with the herbal drugs that treat almost every ailment, those that have no labels, those that haven’t been approved by regulatory agencies and finally those herbalists who sweet talk their way into the hearts of unsuspecting customers, sometimes lying about conditions they have no knowledge about, to push their products.

Some have said that, if those who are qualified don’t educate the public on health issues affecting us, those who are less qualified or not qualified at all, will fill that void. Programmes like Vodafone Health Line, have in a way helped, but as I have seen, most of those who market these drugs do so in local languages, hence their audiences must be largely uneducated. This means there is still a greater percentage of the population who are unlikely to benefit from explanations that fibroids can’t simply be melted away by taking certain drugs or that hernias are not the result of ‘kookoo’ growing in your groin.

Another problem is that, those who are qualified are either too few or lack the motivation and time to educate. We have all come to know certain persons on radio, who do so well in pushing their herbal drugs. Those persons are successful at what they do because, they are great advertisers. Those who are convinced will also buy their drugs with which to pay for airtime. What we usually have now is, Doctors being periodically invited as guests on shows to speak on topical issues in the English Language.

With the proliferation of herbal medicines and the seeming inability of the regulatory agencies to police every bus and every town square, the upward trend in sale and use of such drugs some of which are unwholesome or falsely advertised, which lead to complications of otherwise easy to treat illnesses, will continue.

Until those who are qualified create or are offered the platform to inform, until those who inform can reach out to the many uneducated, in a language they can understand, until the law applies equally to the Doctor who and can’t advertise drugs and the herbal practitioner who can, I will still have to resist the attempt of exposing some miscreants who parade themselves as qualified drug manufacturers and peddlers at the same time on buses especially.

Let me as usual summarize. I have information I would like to share. It has to do with Hepatitis B infection. I initially considered writing on Hepatitis B as a separate topic but let me bring it up here instead.

I have seen and heard about the remarkable effects of certain drugs in transforming people who were hepatitis B positive to negative. The ‘before’ and ‘after’ laboratory results have been powerful statements winning souls over. Like I stated before, I do not doubt the efficacy of certain herbs. The fact however is that, without doing anything most people who are infected with the virus will on their own recover, with or without taking any medications. In fact, as we have come to know, some of these herbal preparations can damage the liver and the kidneys, so if unfortunately the drug given to such a person falls into aforementioned categories, ‘patient’ may end up worse off.

In other words, as WHO puts it, ‘More than 90% of healthy adults who are infected with the hepatitis B virus will recover naturally from the virus within the first year.’

This information is important, but like I mentioned earlier, those unsuspecting passengers in buses, those market women, those farmers who could benefit from it, won’t get to hear, because I am neither a British bank to ‘advertise’ this information on Joy FM, nor am I the manufacturer of a certain brand of ‘kookoo’ capsules, to reach out to those who would truly benefit from this message, for you and I may not be there when the drug peddler is pushing his drug on the bus. But I have tried and I will keep trying.