Persons with disability turn up heat on Bagbin over ‘offensive comments’ 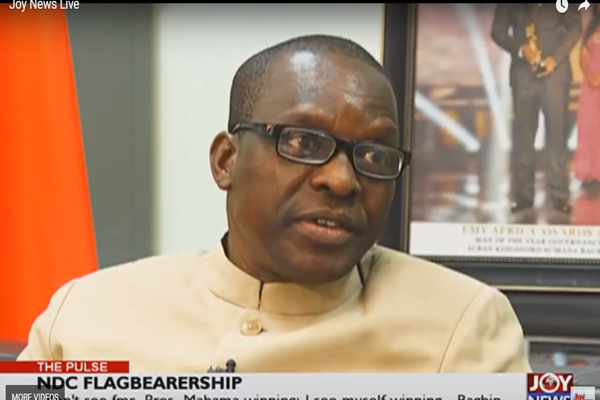 Mr. Bagbin is reported to have told party communicators in the Volta Region that former President John Mahama made a bad decision by appointing Dr Edward Omane Boamah as Communications Minister because he stammers.

These are the comments he made:

“If you are not whole can you be a chief or a queen mother? So when you form a government and make the Minister for Chieftaincy a blind person and the chiefs are objecting and you don’t change it, what are telling the chiefs? These are facts I am stating. I have not added anything. You all know it, but you may not have appreciated the impact of what happened. And when some of us are close and can forsee it and we see it, then you are somewhere and you are telling people to insult us.

“It is not a chief that speaks, it is a linguist. So if you are a leader you must have a very good linguist. When Prof [Evans Atta Mills] was in power, Haruna Iddrisu was our linguist – in charge of communication. When our brother John came to power, he substituted him for Dr Omane, who is a natural stammerer. Who is a natural stammerer. He is a very intelligent boy. Smart. But when he is speaking he wastes time in coming out. Ghanaians don't have that much patience."

The comments have been described by persons with visual and speech impairments as offensive.

President of the Ghana Federation of Disability Organisations Yaw Ofori Debrah has described Mr Bagbin’s comment as disappointing and wants an apology.

Also, President of the Stammers Association, Elias Apraku, says the comments by the Presidential Aspirant will entrench stigmatisation against people who stammer and erode their confidence in the workplace.

Mr Bagbin is yet to respond to the criticisms.

Our attention has been drawn to a very damning soundbite on stammerers from the second deputy speaker of Parliament, Alban Bagbin.

On the voice clip, the Second Deputy Speaker was heard clearly alluding that Dr. Omane Boamah was not fit to occupy the Communications Ministry because he is a stammerer.

We find his description of the former minister not only unguarded, reckless and infantile but an attack on all well-meaning stammerers in the Communications Industry.

Stammering is a speech disorder which impairs one’s speech flow, but that cannot, with all due respect to the Mr. Bagbin be used as a yardstick to judge one’s competency.

We note with concern that his unguarded attack on the former minister could discourage many stammerers from going into politics and public service.

It’s against this backdrop that we demand a full apology on behalf of Dr. Omar Boamah from the Nadowli Kaleo constituency while cautioning him to desist from passing comments which have the potential of undermining the intellectual capacities of people with physical impairment.