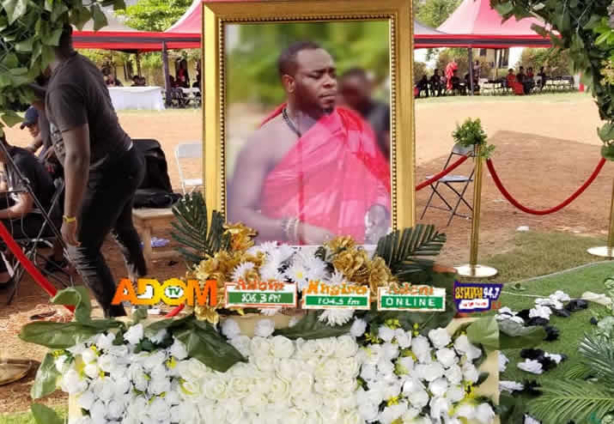 Family of the late singer Kofi Boakye Yiadom, popularly known as Kofi B held his funeral on Saturday, November 7.

Agogo Presbyterian Park, where the final funeral rites were held, was packed with friends, family, fans and sympathisers.

Numerous celebrities were present at the event to pay their last respect to their late colleague.

Highlife artiste Lucky Mensah also performed at the ceremony to pay his last respect to the singer.

A delegation from the Musicians Union of Ghana (MUSIGA) led by the acting President Bessa Simmons also attended the funeral.

Kofi B passed on in February 2020, after complaining of chest pains and unusual heartbeat.