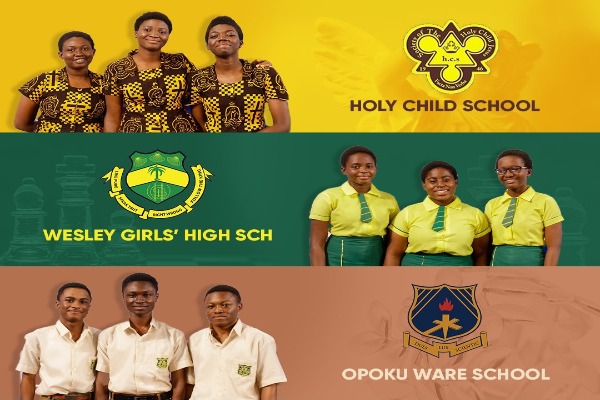 It was a contest of wits as three Ivy League schools in the country came head to head in the National Science and Maths Quiz (NSMQ).

Two-time champions Opoku Ware SHS will try to make it three on the cards but like they say it is not over until the fat lady sings; Holy Child and Wesley Girls will have their say.

The two all-female schools are in this year’s contest to make history as the first female school to win the contest.

Opoku Ware qualified for the semi-final stage in a contest against Presec Legon and Adisadel College last year. Legon-based Presby boys went on to eliminate Opoku Ware and the ‘Zebra boys’ from Adisadel College.

Last year’s semi-finalists Wesley Girls were stopped in their tracks by St Peters. However, they won the best performing female school in the 2019 contest.

Holy Child lost to Kumasi Academy in the one-eighth stage of the contest last year and had to start from the Regionals this year.