Playback: MacDan speaks about his private jet terminal at KIA 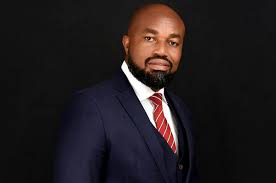 Executive Chairman of McDan Group, Daniel McKorley, was on the Super Morning Show to speak about his private jet terminal at the Kotoka International Airport (KIA).

McDan Aviation in 2019 received a licence to operate what can be described as the first purpose-built FBO, offering business aircraft operators a secure and private alternative to the airport’s main terminal for international travels.

The facility will include a VIP lounge, a presidential suite, a crew lounge, and flight planning office as well as conference facilities and a hanger.

It will also have facilities that will allow passengers and crew to complete customers and immigration procedures in the same building in addition to a restaurant and in-flight catering.

According to the Executive Chairman of McDan Group, the facility will make it easier for travels across the region and the world by businesses wanting to quickly close deals and get back home.

Mr. McKorley also rejected reports that Terminal 1 was a handout from the government.

He maintained that this is purely a private business transaction with Ghana Airports Company and McDan Aviation, structured under a lease agreement over a period.

The terminal will be launched on Friday, January 28, 2022, at the Kotoka International Airport Terminal 1 at 4 pm.