Playback: Presec-Legon, PERSCO and Chemu SHS slug it out for place in finals - MyJoyOnline.com

Playback: Presec-Legon, PERSCO and Chemu SHS slug it out for place in finals 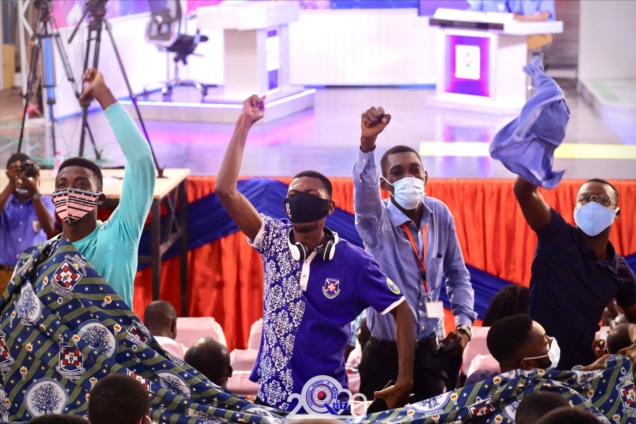 The 2021 National Science and Maths Quiz (NSMQ) enters the semi-final stage today, with nine schools competing for a chance in the grand finale.

The first semi-final contest featured six-time champions, Presbyterian Boys’ Secondary School (Presec-Legon) who are poised to claiming the glory once again this year by winning the trophy for the seventh time.

Chemu SHS has equally been pegged to deliver another unexpected blow but three-time winners, St. Peter’s SHS might take a revenge against Presec as they missed out on winning last year’s final contest.

It promised to be a nerve-wracking semi-final contest. Here are the much-anticipated battles of nine schools with a single agenda but just three of them must make it to the finals. Which schools qualify?