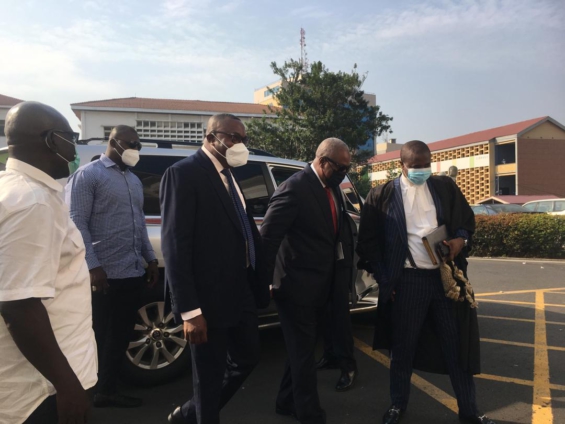 The Supreme Court this morning began hearings on the presidential election petition brought before it by the National Democratic Congress’ (NDC) 2020 flagbearer, John Mahama.

Mr Mahama is in the apex court asking that it annuls the election results and allows a run-off between himself and the New Patriotic Party’s (NPP) Nana Akufo-Addo.

In a motion on notice filed on Wednesday, lawyers for the former President had requested a live broadcast of the court proceedings.

The petitioners had argued that the demand is in the interest of fairness as was done during the 2012 election petition.

This request has since been granted by the court.

Meanwhile, the President, Nana Akufo-Addo, and the Electoral Commission led by its Chairperson, Jean Mensa have asked the Supreme Court to dismiss the election petition, describing it as “incompetent, frivolous and vexatious”.

They contend that the petition does not disclose any attack on the validity of the election held in some 38,622 polling stations across the country.

They also claim the allegations of vote padding involving some 6,622 votes is empty and insignificant to materially affect the outcome of the election.

The respondents have, therefore, served notice of an initial objection to be raised urging the apex court to dismiss the petition and are calling for a date to be fixed for the legal arguments.

DISCLAIMER: The Views, Comments, Opinions, Contributions and Statements made by Readers and Contributors on this platform do not necessarily represent the views or policy of Multimedia Group Limited.
Tags:
Supreme Court