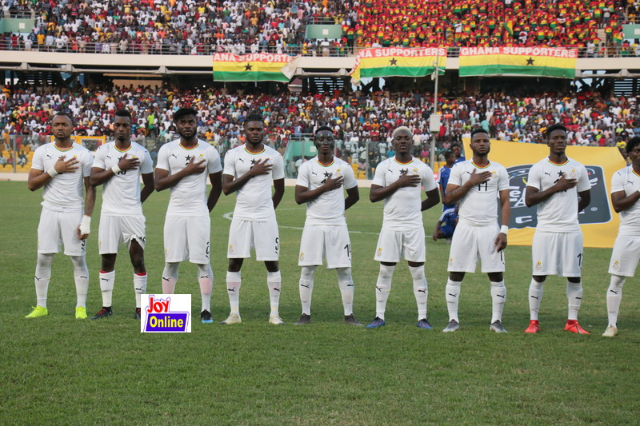 Black Stars rated after their slim 1-0 win over Kenya in the final match of the 2019 Africa Cup of Nations qualifier on Saturday.

Did not really have a lot to do but was magnificent whenever called into action. The Maritzburg shot-stopper pulled off some fantastic saves against the round of play.

Though he got a late call into the squad, he failed to justify his inclusion as he wasn't as sharp. He constantly drove forward and offered some good width for the Black Stars but his first touch and decision making was poor at times.

He was neat and tidy as he helped shut out the Kenya attack. He went close to scoring the match opener in the first half with a glancing header.

Very solid and strong at the back as he kept the Kenyan attack in check. He was the leading figure at the back.

Teamed up pretty well with Atsu on the left flank. His marauding runs helped pin the Kenyans back in the second half.

Worked his socks off on the day. Scored a goal that was later disallowed but overall he could have contributed more in attack.

Dominated the midfield throughout the match. He was very strong and always looked to stretch the play with his usual long passes.

Failed to impose himself for the majority of the game as much was expected from him especially in the attacking third. Most of his corners were also over hit on the night. Essentially, he provided the assist for the winning goal.

Showed great skill all match consistently beating his man. Although he showed great feet, his final ball could have been better on the day.

A very quiet night for the Crystal Palace forward. However, you cannot completely blame him as there was a general lack of service from the attacking players.

We didn’t see the best of him because he also did not get enough service on the day. He was left to feed on scraps essentially.

Came on as a second-half substitute and brought a lot of energy as he came on. He scored the match winner that ensured Ghana will finish as top.